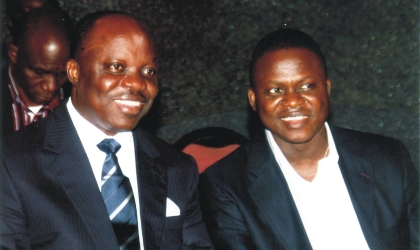 The National Council of States, yesterday, approved the nomination of Prof. Attahiru Jega as the Chairman of INEC.

The council also approved the nomination of 10 national commissioners presented to it by President Goodluck Jonathan.

The decision of the council was made known at a joint briefing by Governors Babangida Aliyu of Niger, Sule Lamido of Adamawa, Sullivan Chime of Enugu and Adams Oshiomhole of Edo State after the meeting in the State House, Abuja.

“The council considers the recommendation of Prof. Attahiru Jega for appointment as the Chairman of INEC. The council unanimously approved of it.

“The council believes the president demonstrated courage and statesmanship in appointing someone who is not known to have any partisan political affiliation and a Nigerian that has distinguished himself in his present and past callings.

“The good thing is that the council was unanimous about these appointments because the people concerned are considered to be men and women of integrity.

“We recognise the controversy over whether or not the president should appoint INEC boss.

“The fact that we all accept that the president has exercised his powers quite judiciously in appointing a credible person that will be acceptable by Nigerians will be a major push on electoral reforms line,’’ Oshiomole said.

Jega is a former President of ASUU and current Vice Chancellor of Bayero University, Kano.

In a related development, the council also ratified one new appointment and two re-appointments of federal commissioners for the National Population Commission.

Details of the appointments were, however, not disclosed.

The council also approved the establishment of a police fund with a proposed N1.5 trillion to be contributed by the three tiers of government.

Aliyu, who briefed on this, said the time limit for the contribution of the fund by all the federating units was six years.

“The Federal Government has already budgeted about N78 billion for 2010.

“The provision of food compliments will take 6.36 per cent while forensic technology will take 1.98 per cent,’’ he said.

“The issue today was beyond the money but fine-tuning to ensure that whatever resources we are able to gather is utilised properly to bring out the security forces that will be effective.

“The fund, when established, will become the permanent structure of financing for the police,’’ he said.

The governor added that the council also approved the proposal for the public private sector police financing, particularly in the building of barracks and provision of other basic equipment.