The people of Bonny have commended a member of the state House of Assembly representing Bonny constituency, Hon. Aye Pepple for completing and handing over a constituency project.

The chairman of the Bonny local government council, Barrister Edward Pepple made the commendation over the weekend during the commissioning of a High Court complex nominated by Hon. Aye Pepple to state government as his constituency project in 2009.

The Bonny council boss thanked the lawmaker for ensuring that the project was completed on scheduled and assured that his council would provide accommodation for the workers of the High Court.

In his speech, the legislator representing the area in the state legislature, Hon. Aye Pepple stated that he embarked on the project to reduce the high cost of seeking justice in the area.

He stated that the project is also aimed at bringing justice to the doorstep of the people as well as provide democracy dividends.

The lawmaker opined that the project was nominated to the state government after due consultation with his people.

Also speaking, the Chief Judge of the state, Justice Iche N. Ndu commended the efforts of the lawmaker in the nomination of the project to the state government, adding that the project would promote the dispension of justice in the area.

Represented at the occasion by Justice S.C. Amadi, Iche Ndu described the project as historic in the life of the state judiciary.

He promised that the State judiciary would look into the request for establishing a High Court in the area after studying the number of cases originating from Bonny pending in Port Harcourt Judicial Division.

The Governnent Comprehensive Secondary School, (GCSS), Borikiri, in Port Harcourt on Saturday emerged champions of this year’s edition of Port Harcourt Old Students Football Competition. (POSFOOT).
GCSS beat Okrika Grammar School (OGS) 3-1 through penalty shoot- out after they played draw in regulation time,  at Sharks Football Stadium Port Harcourt.
Speaking with sports journalists shortly after the match,  the Chairman/ coordinator of the POSFOOT, was Biria William said the concept of the tournament was to bring  peace, fun and  friendliness as it has been years back.
“The concept of the tournament really is to  bring back peace, friendliness and fun. Those are things we used to enjoy years back when we were in secondary school.
“There were improvements in every edition and I am sure in the fourth edition there will be significant improvement.
“In the first and second editions only four teams participated but in this edition six teams participated. So looking at it, this edition is far better than previous editions.I believe storngly that the fourth edition is going to be a boom.
“I hear Lagos State is trying to emulate our step. I thank God for successful  competition,” William stated.
The Chairman of POSFOOT use the medium to call on sponsorship of the tournament, saying that they have tactically created a brand for Old Students of Port Harcourt.
He further thank all the participated teams, saying that all the participated schools were good but that the better side won.
Other schools that participated in the competition were  Stella Maris College, Baptist High School, and  Ennitonia High School. 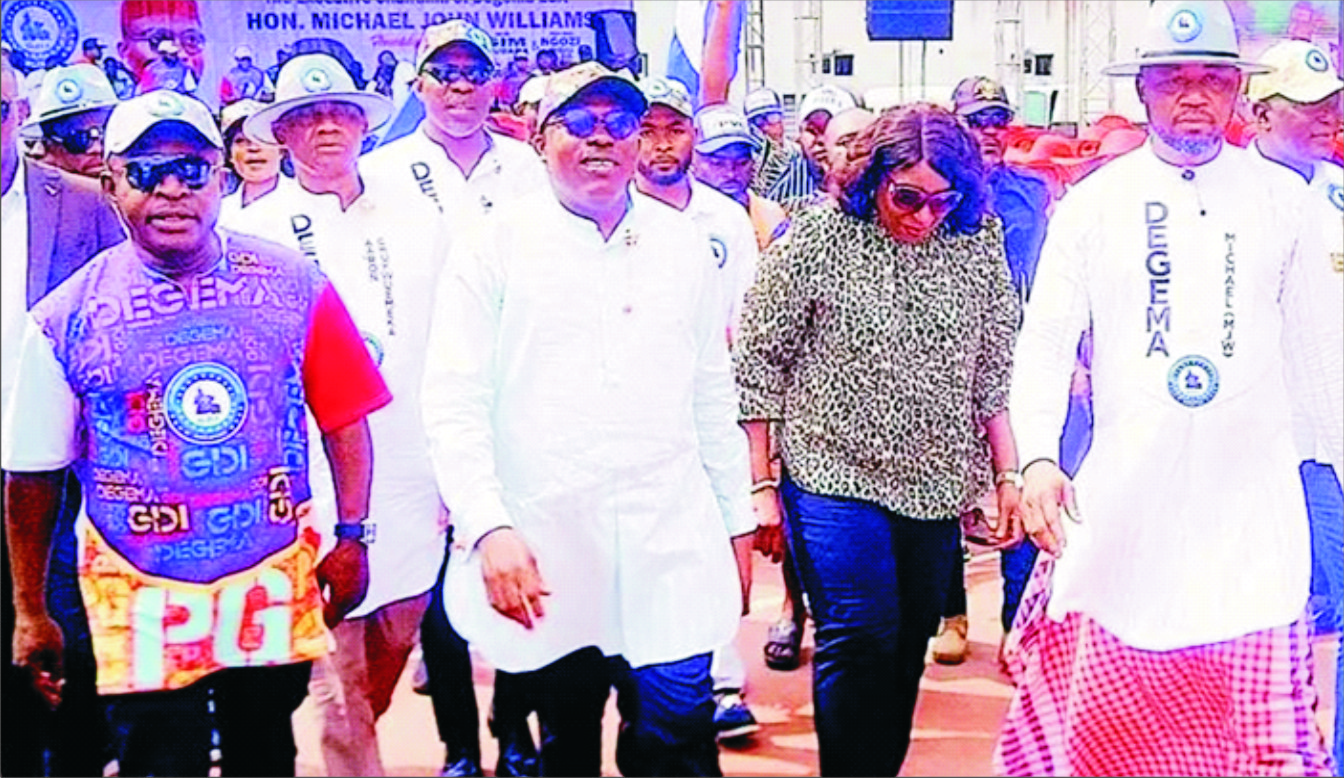 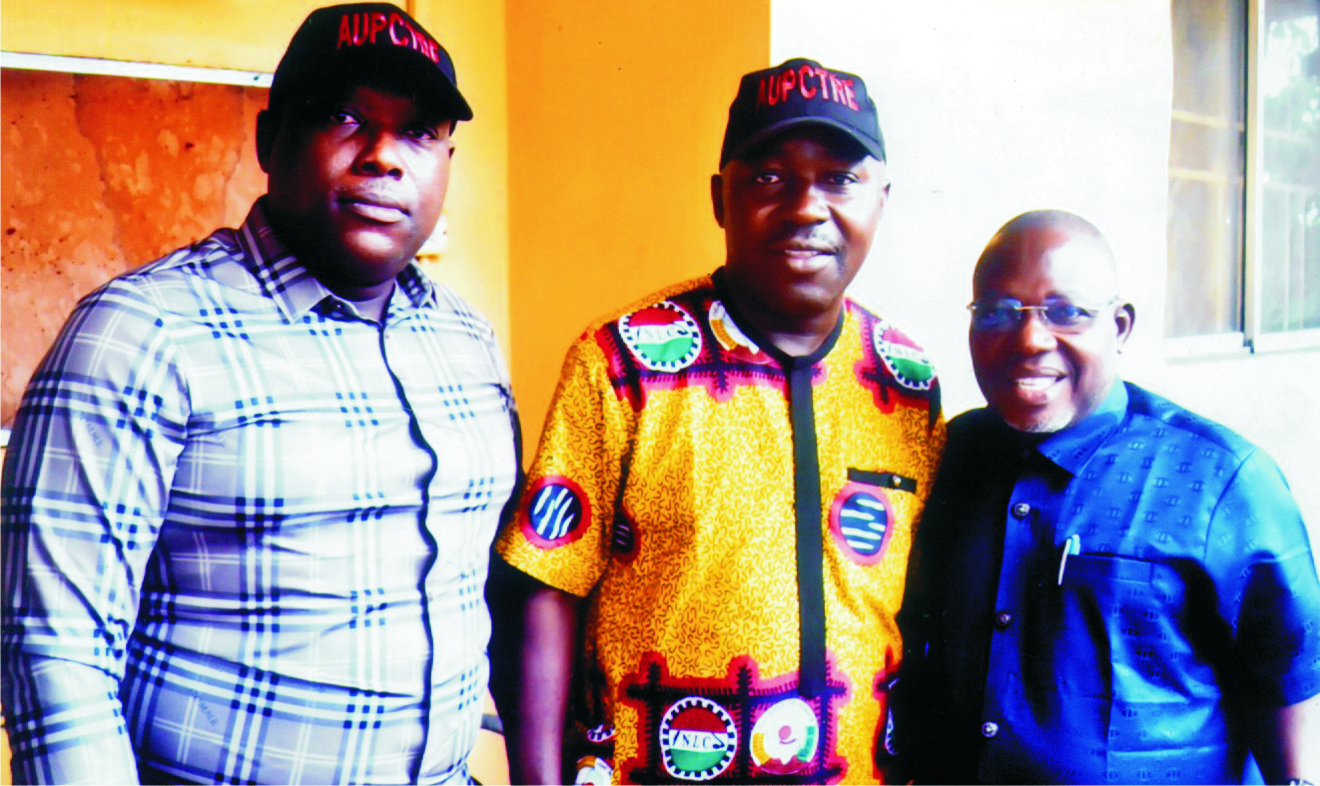 As the Federal Government moves to resume commercial operations of the suspended rail services along Abuja/ Kaduna corridor, the Minister of Transportation, Mu’azu Jaji Sambo, has said that security measures are not to be disclosed as it was paramount to secure lives and properties.
Sambo stated this, yesterday in Rigasa Kaduna State, while briefing journalists on the resumption of commercial activities shortly after inspection of facilities.
The minister, who was not emphatic on the particular date and security measures in readiness to the resumption, said that only God can determine the safety of Abuja, Kaduna passengers.
The minister, however, stated that services would begin before the end of November.
He also, said that the ministry was for the time being creating awareness to enable passengers get used to the comeback operations of Abuja, Kaduna train services.
The minister, said, “on this issue, we have not said the train services will start tomorrow or next but we are trying to ensure that many things are correct before next week. I want to be very categorical about that.
“And now, we have introduced a new system, which is the presentation of National Identification number NIN before obtaining that. Your purchase of a ticket requires you to provide a phone number and a national identification number in order to profile because that is the beginning of the security checks.
“So, at any point in time when a train moves from one station to another we know who and who are on board. If you don’t have an NIN you are not going to board our train. It is as simple as that. If you are a minor, an adult will pay for you and will register for you and an adult can only register for not more than four minors”.
Sambo, while reiterating efforts to enlighten the passengers before resumption, noted that the people would be made to be aware of the new developments prior to the resumption.
“Now, we want to give sufficient time for the Nigerian public to listen to these and assimilate this new system? Because if we start tomorrow, a lot of people will be disgruntled: Some of them may ask why we didn’t tell of new changes? Some may ask, why didn’t they give us adequate time to do it? So, we want to give them ample time definitely between three, four, five days, certainly not more than a week”.
Meanwhile, the minister said he has noted a number of measures taken already in readiness to the resumption, stating that he travelled from Idu Abuja to Rigasa in Kaduna State in order to assess the state of readiness of train services.
He said, however, that a number of measures have been put in place in order to ensure that life and property would be secured when they resume services, stating, “I am satisfied with what I have seen. Of course, there are one or two three areas that need to be addressed. We’re going to address them immediately.”
The minister also explained that there would be likely increase in ticket fares when the services resumes.