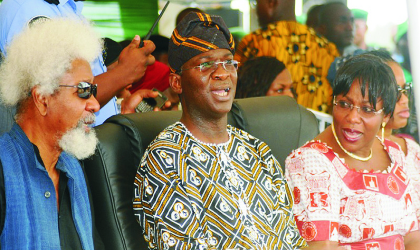 He said another  person was arrested in Abuja metropolis for allegedly using a fake voter’s  card to vote.

“I have just been told on phone that eight armed persons that were imported from one of the neighbouring states to Bwari have just been arrested with daggers and other dangerous weapons.

“I have also been told that one person has been arrested within the metropolis with a fake voter’s  card,’’ he said

Haruna said the Police were envisaging more arrests because of the experience of  Friday night during the distribution of election materials in Kuje and Abaji Area Councils.

He  said hundreds of hoodlums had  prevented electoral officers from distributing the materials, adding that this was repelled with the help of the police.

Haruna, who rated the security arrangement as perfect,  said the police would beef  up security at collation centres to check the activities of  hoodlums.

The police boss said his men would also monitor the  reactions of party supporters after the announcement of election results.

In a related development, 11 motorists were  arrested at AY Junction for allegedly violating the “No Movement Order.’’

Mr Wilson Inalegwu, an Assistant Commissioner of Police, had  told the FCT Minister , Sen. Bala Mohammed, who was on a visit to polling stations in Karu and Nyanyan that the motorists violated the order.

The minister, however,  ordered that the motorists be released to avoid traffic jam on the roads.

He urged the electoral officers at  various polling stations to take the welfare and security of their presiding officers as priority.

The minister said INEC needed to improve on its operations to provide the electorate an acceptable, free and fair election.

The correspondent reports that Mohammed, who was accompanied by Haruna and other security chiefs, visited some polling stations in Bwari Area Council as well as in  Maitama, Karu and Nyanyan .

At Bwari, the minister expressed satisfaction over the  high turn-out of voters while expressing dismay at  the low turn out in Abuja city.