The National Organising Secretary of the Peoples Democratic Party (PDP), Prince Uche Secondus has commended the chiefs, elders and entire people of Ikuru Town for embracing Christ and unanimously handing over the community to God.

Prince Secondus made this commendation during a thanksgiving service at St. Simon’s Anglican Church, Ikuru Town on Easter Sunday.

Overwhelmed by the act, he said he was sentimental about it, assuring them that they had provoked God for blessings.

In the church service attended by Rivers State Deputy Governor, Engr. Tele Ikuru, Prince Secondus urged the people to be steadfast in their faith in God and extend the gospel to the neighbouring communities who are still worshiping idols.

According to him, in Andoni, Christianity started in Ikuru Town but over the years, the people digressed and backslided to worshiping the idols their fathers had denounced.

He attributed the success the community has witnessed, producing the state Deputy Governor, Engr. Tele Ikuru and two commissioners in the present government to the  handiwork of God, stressing that power comes from God Almighty.

He declared that the people’s act means they had entered into covenant with God, stating that any person who went back to idol worship would not be successful.

Earlier in his message titled: “The mystery behind Christ’s resurrection”, the Curate of the church, Reverend Apollos Ene-Nte, said because the Angels rolled away the stone and Christ resurrected, believers’ problems were also rolled away and urged the people to ensure that Christ resurrect in their lives.

Expressing happiness that the chiefs, elders and the entire people of the town agreed the previous day to surrender the land to Christ, he enjoined them to remove every form of idolatry in their lives since such powers had been demolished.

In his remark, the paramount ruler of the community, King Aaron Ikuru said the people decided to banish the ancient deity of the place, Isijong and to build a chapel for Christ in its place because they wanted to be free from the bondage of satan and sickness, adding that nobody in the town had been sick after the destruction of the shrine as previously feared. 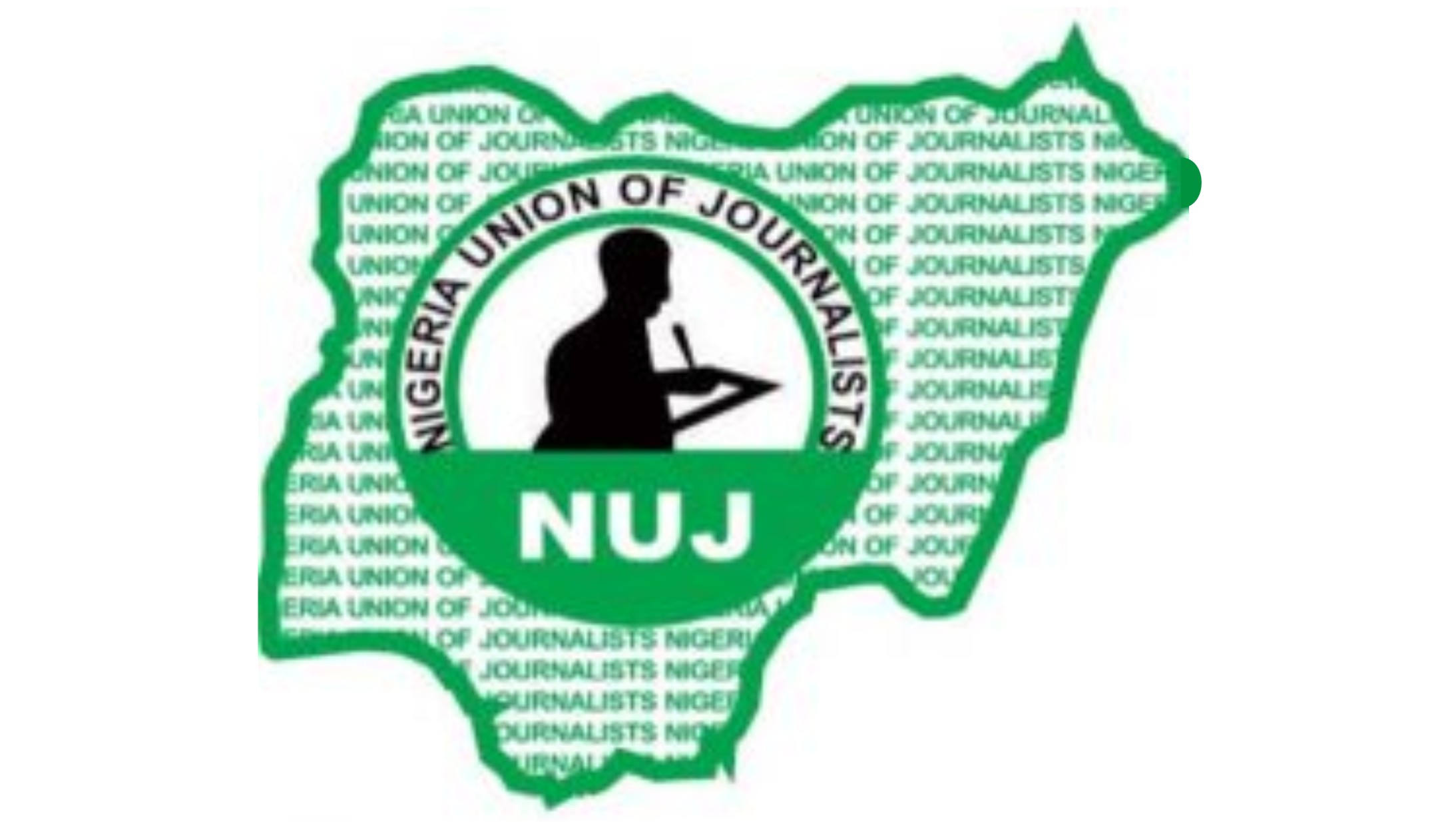 The Nigeria Union of Journalists (NUJ), Rivers State Council, has elected a new set of officers that will steer the affairs of the union for the next three years.
In a keenly contested election witnessed by over 300 members of the union, Comrade Stanley Job Stanley of the Radio Rivers Chapel defeated his main contender and former vice chairman, Paul Bazia of the Rivers State Information Chapel. Stanley clinched 150 votes against his opponent’s 140 votes to emerge as the chairman of the council for the second term.
Okechukwu Maru of the State Information Chapel emerged the Vice Chairman with 145 votes against 140 votes scored by his opponent, Ibim Watson Asako of the Radio Rivers Chapel, while Ike Wigodo of The Tide Chapel was returned as the secretary for the second term having scored 169 votes to beat his main challenger, Obiandu Madume of the Rivers State Television (RSTV) Chapel to a distant second. Madume scored 119 votes.
The election also threw up three female officers including Mrs Doris Morrison of RSTV Chapel as Treasurer, Mrs Esther Obialor of the Treasure FM as Assistant Secretary and Mrs Ominini Leslie-Wokoma of the Rivers State Information Chapel as Auditor.
Mrs Morrison scored 152 votes to defeat her opponent and former Treasurer, Mrs Ifeoma Ossai, who scored 132 votes, while Mrs Obialor garnered the highest number of votes (191), beating her male rival, Lillybox Imikubi, who scored 94 votes to a distant second.
Mrs Ominini emerged the first female Auditor in the history of NUJ, Rivers State Council. She clinched 162 votes to defeat her male opponent, Tonye Orabere of The Tide Chapel who polled 125 votes.
The position of the Financial Secretary went to Fubara Miebaka, having polled 149 votes to beat his only contender and former Financial Secretary, Martins Giadom, who scored 134 votes. Both contenders are from the Radio Rivers Chapel.
The new executive officers who were sworn in Wednesday at about 6.30pm promised to abide by their oaths of office.
The newly elected chairman, Stanley Job Stanley, in his acceptance speech, sued for the cooperation and support of every member of the union and promised to run an all inclusive and transparent government.
He also promised to use his second term to consolidate on the achievements recorded during his first term.
He commended the Rivers State Commissioner for Information and Communications, Pastor Paulinus Nsirim and elders of the union led by former House of Representatives member, Hon. Ogbonna Nwuke, for restoring peace to the union.
Stanley also commended his supporters, especially members of his consolidation team, for working hard to ensure his re-election and election of other officers of the union.
Earlier, the Vice President, NUJ Zone F, Opaka Dokubo had described the election as free, fair and credible.
He commended journalists in the state for their large turnout and peaceful conduct throughout the voting process in spite of seeming frustrations.
The Tide recalls that the just concluded election had suffered six postponements since August 5, last year when it was scheduled to hold due to misunderstanding arising from the delegates’ list between the two opposing camps that contested the election.
The election impasse was, however, resolved following the intervention of the state Commissioner for Information and Communications, Pastor Nsirim and elders of the union.

The Chairman of revenue committee in Oyigbo Local Government Area, (LGA) in Rivers State, Senibo Daniel Chijindu, has organised an interactive session with legible tax payers, revenue agents and other stake holders in the area.
The interactive session which was held at the LGA headquarters on Tuesday, was to work out modalities on how to streamline taxes and other revenue generating avenues.
Addressing participants, the committee chairman said the aim of the interactive meeting was to keep tax payers abreast with current method of paying tax and doing business in the area.
According to him, the administration of the LGA Chaiman, Hon. Nwaorgu Okechukwu, frowns at double taxation. He therefore, warns touts to stop impersonating and collecting taxes from unsuspecting business people, adding that anyone caught shall face the full wrath of the law.
“I urge all legible tax payers to be law abiding and often do the needful as at when due.
“You are aware, payment of revenue as at when due will help in infrastructural development.
“ It is important to note that Internally Generated Revenue ( IGR) is imperative for us to make headway and achieve our desired aims and objectives”, Senibo Chijindu said.
He thanked relevant stateholders in the industry for attending the meeting in spite of the short notice.
Earlier, the Legal Adviser of the LGA, Barrister Stephen Nwaeke, advised tax payers to always pay their tax promptly, saying that the penalties of tax evasion could be unimaginable
He further warned tax agents against illegal duplication of payment receipts.
The legal adviser commended the revenue committee for doing a good job interims of revenue generation.

The paramount ruler of Umusia Community, Oyigbo LGA, Eze (Sir) Sunday O. Ojijiagwo JP, has tasked the newly elected members of the community leadership to be peaceful in order not to disappoint those who elected them.
Ojijiagwo said this shortly after the swearing in of the elected members of the community leadership at the Umusia Town Hall recently.
He noted that the call for peace became imperative in that, no meaningful development can be recorded in an atmosphere of rancour and acrimony.
The paramount ruler also told them not to see divide and rule system as an option, but should think more on those things that could bind them together as a people.
The Tide learnt that about sixty-two persons made up of the Elders Council (Mbichiri Ezis) chiefs, women and youths partook in the exercise.
The newly elected chairman, Chief Sunny Nwoko, assured his people of running an open door government that would usher in development to the area.
Nwoko, who corroborated the advice of his paramount ruler, said that they would ensure that no stone would be left unturned in their quest to maintain peace in the area.
Other elected members are, Vice-Chairman, Elder Hilary Enweruka, Secretary, Hon. Levi Nwachukwu; Assistant Secretary, Emmanuel Ebere Sunday, while Chief Godson N. Nwachukwu emerged as the treasurer.
Others include Comr. Sunday Elechi, Financial Secretary, Onyekachi Ebere as the Public Relations Officer, Frank Anyaso as Provost 1, and Arthur C. Ogbuji as Provost II. The result was announced by the Electoral Committee Chairman, Chief Kelechi D. Nwakanma, who described the process as free, fair, and credible.
Umusia community is a clan in Oyigbo-Asa and has Eze Sunday Ojijiagwo, who is a member and secretary of Oyigbo Area Council of Chiefs, as its paramount ruler. The nine-man elected executive are expected to serve the community for five years.