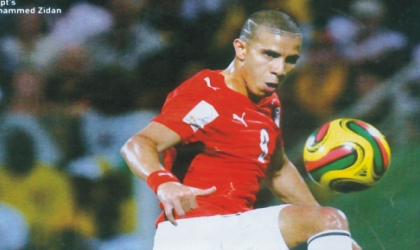 Nigeria’s Super Eagles last night in Benguela, Angola began their quest for glory in the 2010 Africa  Cup of Nations on a poor note after suffering a 3-1 comprehensive loss to six time winners, the Pharaohs of Egypt.

They saved Nigeria a total sum of N81m which would have been paid as bonus to the Super Eagles if they had won. Each player is entitled to N4.5million bonus for a victory per game.

It was the opening match of Group C and the one the Shuaibu Amodu tutored Eagles needed to make a statement on their readiness to prove their critics wrong in the competition.

But after raising the expectation of their fans by an early display of improved display, capped by an exquisite goal by Chinedu Obasi in the 12th minute, they succumbed to the superior fireworks of the Egyptians.

The victory marked the first time in 47 years that Egypt would defeat Nigeria at the senior team level, after another hefty victory of  6-3 in 1963.

Indeed, the Pharaohs began the match better than the Super Eagles, looking to make an early impression. Their efforts came close, including a point blank save by keeper Vincent Enyeama off Mohammed Zidan.

When Obasi shot Nigeria into the lead, it was thought that the Eagles were in the mood to fly.

However, the Super Eagles, Achilles heels poor and uncoordinated defence line betrayed them once again when  Emad Meteeb clipped past flat playing Joseph Yobo and Obinna Nwaneri to draw the Pharaohs level in the first half.

The second half became a different ball game as the defending champions imposed themselves on the game with crisp and penetrating counter attacks on the exposed Taiye Taiwo and his co-defenders.

The result was further two goals, a superb long range shot by skipper Hassan and a low drive from Meteeb to ensure a comprehensive victory for the Egyptians.

Coach Amodu by most of his decisions in the course of the game especially, his substitutions and inability to check the opposition’s tactics further underlined why his competence had been called to question by most Nigerians.

The result will no doubt put pressure on the Eagles and condemn them to  winning their next two matches.

In the second match of the group, Mozambique came from behind to draw 2-2 with Benin Republic after going two goals down, to leave Nigeria at the bottom of the group.