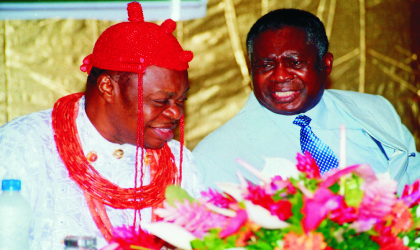 Switzerland’s Under-17 national team yesterday at the main bowl of the National Stadium, Abuja, snatched the championship title of the World Cup by beating host and defending champions, Nigeria, 1-0 in the final.

The Swiss, who all through the game seemed to be compelled to most of the time frustrate the desperate onslaught of their host, showed that they had truly studied the pattern of their Nigerian opponents from the beginning of the championship on the 24 of last month.

The Europeans had clearly come into the game with a determination to checkmate all the moves of the Eaglets as they took the game with such ease that visibly frustrate the Nigerians, forcing them to take ill-timed and hurried shots at goal, different from the careful and calculating side they turned into from the group of 16 stage when they handed New Zealand a 5-0 bashing in this 13th edition of the championship.

Shortly after the Europeans took the kick-off, the Eaglets took control of the game, missing several scoring opportunities, most due to anxiety or over zealousness, with frustration gradually coming to play in their approach to the game, and even on their coach, John Obuh on the sideline.

On resumption of play in the second half, the Nigerian lads showed more desperation for the curtain-raiser. Unfortunately, while their desperation increased, the confidence of the Swiss also increased, and they held on more comfortably to the ball.

They continued in this manner, with more enterprise and forged forward, forcing the Eaglets to a 62nd minute corner from which Vesue Seferovic nodded home the only goal of the match a minute later.

Try as they did, the Eaglets could only increase their anxiety, making more mistakes while the time clicked to the end of 90 minutes.

By this win, the Swiss not only won their first Under-17 title, but also succeeded in stopping the Eaglets, from being the first team to win the title a record four times.

Earlier in the third place match played in the same venue, Spain had defeated Colombia by 1-0, with Isco scoring the only goal in the 75th minute.