With the qualification of Nigeria’s Golden Eaglets on Monday after beating South Korea by 3-1, Nigerians have started analyzing the teams chances tomorrow, when they face Spain in Lagos in one of the semi-final matches.

Incidentally, the Spaniards were the ones the late Yemi Teller tutored Eaglets beat in the final of the last championship in Korea via penalty shoot-out.

The Europeans who defeated Uruguay on penalties after a 3-3 draw would thus aim for the jugular of the defending champions in a match expected to be a tough one for both sides.

In his reaction, the director of sports, Gateway International Church, Simeon Ojoko said the match would not be an easy one for the Eaglets.

‘Though Nigeria would win at the end of the 90minutes, Coach John Obuh should understand that his team is playing against a highly tactical and technically sound team. So he should put his defence very tight.

Spain he said is a very skillful team and  they have so much tricks in the game. Our Eaglets should be careful in tackling them in the defence in order not to commit penalty’ , he said.

Ojoko also advised the Eaglets to put in their best in tomorrow’s game, saying that determination and  commitment are the key instruments to success.

Benjamin Woko, Chief Coach of the Pioneers FC, Port Harcourt, in his opinion said coach Obuh should ensure that he fields players that are practically fit and not to manage  any player, no matter his pedigree.

According to him, Spain is a football nation and plays also the same pattern with Nigeria, adding that Stanley Okoro should be lectured more on ball distribution, which is his major function and not to be in a hurry to score always.

I know that Eaglets will definitely win the Spaniards but we should be careful with them because in football anything can happen, he warned.

James Onoja  a renowned sports analysts, in his contribution said the Eaglets should hunt for early goals to destabilized the young Spanish team and should not given them space, because the Spaniards are very  good in space football and that would be too dangerous for the Nigerians.

He explained that Nigeria hosting the competition is not a guarantee that they must lift the  trophy.

Onoja expressed confidence that Eaglets will win the match ‘ but it would not be an easy game considering what the little Spaniards have displayed in their previous matches.”

He thus called on Coach Obuh to concentrate more on the striking force, because it is goal that is needed, not fancy displays.

Barrister Obie Juboye, a football fan , in his opinion said Eaglets should be determined no matter the country that is involved.

He advised them not to be panicky because as soon a they do so they would lose the game.

A sport administrator and Chief Coach of Niger Stars FC , Port Harcourt, Tonye Alalibo on his part called on Nigerians to come out enmass to cheer the Eaglets to victory in tomorrow’s match, saying that massive home support would be an added advantage to the Eaglets. 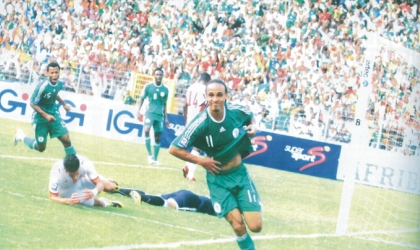 Super Eagles’ Odemwingie (11) celebrating a goal during one of the qualifiers for the 2010 World Cup in South Africa. They need to beat Kenya this weekend.