The Rivers State Governor Rt. Hon. Chibuike Amaechi will today render account of his stewardship for the past two years. The occasion is the accountability forum which he introduced upon inception as Governor.

During the forum scheduled for the Alfred Diete Spiff Civic Centre, Port Harcourt the governor will present before stakeholders a comprehensive account of what he received and spent within two years he has been in office as governor of the state.

This is in keeping with his promise earlier on assumption of office and has at various times sought stakeholders’ contribution and approval for key projects and programmes, in what many consider to be a truly people-orientated approach to government.

In a broadcast Sunday to make his second year anniversary in office the governor addressed a number of burning issues bothering the state such as internal security, infrastructural development, educational reforms, improved healthcare delivery and provision of other basic amenities.

More importantly the governor re-stated his commitment to consulting widely on key issues before embarking on programmes pivotal to the people’s survival.

While thanking Rivers people for their support, encouragement and prayers, Gov. Amaechi assured that their goodwill would continue to propel the government to strive harder for a better future for all.

The Second Anniversary programme kicked off at the weekend with a tour of completed and on-going projects across the state, during which he also performed the ground breaking of the Greater Port Harcourt Cit project.

Yesterday, there was a thanksgiving service at the Corpus Christi Cathedral, along Aba Road Port Harcourt, where Governor Amaechi read the first lesson.

In joyous commemoration of the two years in office, messages of congratulation have been pouring into the Port Harcourt seat of power, most of which expressed satisfaction over the government’s achievements within two years. 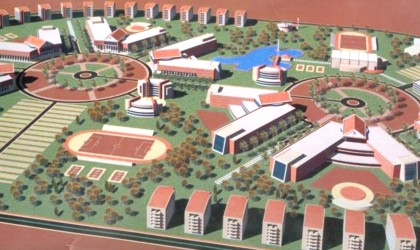 Golden Eaglets Pip Honduras 1-0 To Be On Track