Following the sacking of the management of five commercial banks, the Central bank of Nigeria, CBN, is now looking for investors for the financial institutions which are now under its supervision.

The CBN Governor, Lamido Sanusi said the N400 billion  injected into the affected banks would be converted into tiers through all-purpose shares in order to attract investors.

Meanwhile, the Nigerian Stock Exchange, (NSE) has placed the sale of the five banks whose chief executives were sacked last week on hold, for two weeks. 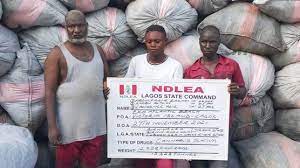 A 72-year-old man and five undergraduate students are some of the suspects the NDLEA arrested in a week-long operation to seize hard drugs and arrest offenders.
The raids, across nine states and at the Murtala Muhammed International Airport (MMIA), Lagos, yielded 5,721.92 kilogrammes of Indian hemp and other drugs.
The 72-year-old man, Emmanuel Akanbi was arrested at Odofin Camp, Uso, Owo Local Government Area of Ondo State with 2,050kg of Indian hemp.
The varsity students belong to the American University of Nigeria, (AUN) Yola, and the University of Maiduguri.
NDLEA’s Director, Media and Advocacy, Mr Femi Babafemi said in a statement issued yesterday in Abuja that one Okorie Onyeribe was arrested at the MMIA on December 3.
He was attempting to export 21.85kg of Indian hemp concealed in foodstuffs to London.
Babafemi stated that two students, Emmanuel Thlama and Jonah Joshua were arrested with 16.750kg of Indian hemp on Nov. 30 when NDLEA operatives raided a settlement opposite Gate 4 of the University of Maiduguri.
He added that the three other students, Ekene Asher, Daniel Alkali and Emmanuel Smooth are undergraduates of AUN. They were arrested on Dec. 2.
Babafemi explained that their arrest followed their receipt of “Loud’’ a very strong variant of Indian hemp ordered by Asher.
“Equally, ThankGod Danladi who completed a jail term in October was arrested on Wednesday, Dec. 1 with 67 kilograms of Indian hemp in a raid in Taraba.
Also on Dec. 2, NDLEA operatives intercepted a motorised concrete mixer truck used to conceal 2000.6kg of Indian hemp loaded at Ogbese, Ondo State. 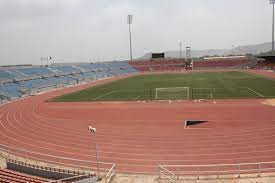 Governor Ifeanyi Ugwuanyi of Enugu State, on Wednesday, inspected the ongoing comprehensive overhaul of the pitch of Nnamdi Azikiwe Stadium, Enugu,  to bring the stadium at par with international standard.
It would be recalled that the Gov. Ugwuanyi administration recently awarded contract for the upgrade of the Nnamdi Azikiwe Stadium pitch with the installation of state-of-the-art turf in line with the requirements of the Confederation of African Football (CAF) and Nigeria Football Federation (NFF) Licensing Regulation on sports infrastructure and facilities.
Speaking during the inspection, the State Commissioner for Youth and Sports, Hon. Manfred Nzekwe, who led Gov. Ugwuanyi to the site, disclosed that the discarded turf was installed 12 years ago, precisely in 2009 and has not been changed since then until the current intervention by the present administration in Enugu State.
Hon. Nzekwe pointed out that, although the state government had been maintaining the pitch and other infrastructure at the Stadium, prior to commencement of the upgrade, Gov. Ugwuanyi administration decided to install a new pitch as part of its concerted efforts at upgrading the stadium to international standard.
The Sports Commissioner added that there had been a yearly routine maintenance of the turf and other sports facilities in the stadium since the inception of the present administration, commending Gov. Ugwuanyi for his commitment to youth empowerment and sports development in the state.
Reacting, a cross section of jubilant sports enthusiasts who witnessed the governor’s inspection tour of the ongoing works at the stadium applauded him for the remarkable intervention and other efforts of his administration in repositioning the sports sector in the state. 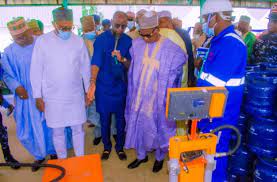