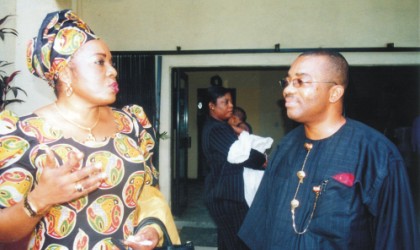 The Executive Director of the Rivers State Sustainable Development Agency (RSSDA), Mr Bolaji Ogunseye has said that the onus of developing the local government area headquarters to townships lay on the leadership of the councils.

Ogunseye made the assertion recently in Port Harcourt at a meeting organised by the RSSDA for stakeholders of Excellence in Local Government Initiative (ELGI).

The RSSDA boss also noted that local government council chairmen needed adequate education to enable them utilize grassroots governance to raise the standard of living of the people, adding that the main focus of the meeting was to redesign the 2009 roadmap for excellence in local government administration.

He emphasized that the development of the local government headquarters to townships would reduce poverty and provide social amenities to the grassroots.

According to him, the Rivers State government through the RSSDA aims at imbibing the spirit of competition among council chairmen on the basis of excellence.

The RSSDA boss advised the chairmen to develop good communication with the governed saying that, the beauty of grassroots rulership is to be in good communion with the people and informed the stakeholders, that to emerge a winner for the 2009 ELGI, the council must measure up to the 44 criteria and most importantly have a 15-20 years integrated sustainable development plan as a model to follow.

Also speaking, chairman, House Committee on Local Government Affairs, Rivers State House of Assembly, Hon. Ikuinye Ibani who delivered a keynote address described the local government area as the smallest unit of administration which has the mandate to provide vision, leadership and to maximize impact on social development and grow local economy.

He said the councils were expected to provide transparent leadership, effective and efficient management and good budgeting practice. Hon Ibani sensitized the participants on the need for Integrated Development Planning (IDP) in the local government area in curbing insecurity in our society and the role of development funds in local integrated development planning (LIPD).

He enjoined the participants to adopt the Local Integrated Development Planning (LIDP) which he described as the amalgamation of developmental strategies by various departments and local government agencies in a discipline, sustained and synergistic manner such that social-economic development is built from the smallest unit to the biggest.

He further said if LIDP is embraced, the local government would record benefits like, effective deployment of resources for maximum effect, priorities would be met at the local level, effective use of available capacity as well as ensuring development and growth are sustainable.

He also said, it would help strengthen democracy as it would encourage the active participation of all stakeholders in decision making as well as provision of access to developmental funds from local and international sources since the system is better trusted.

The chairman of the meeting, Barrister West expressed gratitude to RSSDA for the conception of these ideals, saying that the agency is focused in bringing development to the local governments, as an instrument of change, saying it has a role to play in the development of our people in the rural areas.

In his speech the commissioner for Local Government, Chieftaincy and Community Affairs, Hon Tammy Danagogo, represented by the Permanent Secretary commended RSSDA for the laudable project and emphasized that, her office would partner with the agency.

‘RSG Not Against Amnesty To Militants’