The Delta State Government has resolved to partner the traditional rulers and the police to rid the state of pockets of hit and run armed robbery gangs operating on some major roads across its territory.

The Deputy governor, Professor Amos Utuama (SAN), made the disclosure at the opening of the 2nd Stakeholders Meeting held Friday at Government House Annex, Warri, saying that it has become imperative to involve the traditional rulers because of their closeness to the grassroot.

He opined that it was because of the importance Governor Emmanuel Uduaghan attached to peace and security that he made it one of his developmental programmes and therefore cannot keep quiet when some elements are terrorizing the major roads across the state.

According to him, “We have noticed and observed that peace generally is being built up in the state but it still gives us concern that sometimes we have those hit and run armed robbers. Without peace and security there is hardly much we can achieve and that is why His Excellency, Dr. Emmanuel Uduaghan has chosen peace and security as an agenda”.

The Deputy governor noted that government alone cannot fight crime, stressing that all hands must be on deck to rid the state of bad boys who are bent on making our roads threat to innocent citizens.

While reiterating that the partnership between the governments and traditional rulers if properly coordinated would go a long way in addressing the problem, Prof. Utuama called for meaningful suggestions from the latter..

Speaking, His Royal Majesty, Orhue1, the Orodje of Okpe, said it was no longer news that some of our highways were becoming so dangerous to ply because of the activities of bad boys who have cashed in on the advent of cell phones to make their operations more sophisticated.

The Orodje of Okpe, said that for the partnership to yield the desired results, Government must adopt a strategy that would be difficult for the bad boys to unravel.

The meeting was attended by traditional rulers from across the state, Divisional Police Officers and Local government chairmen. 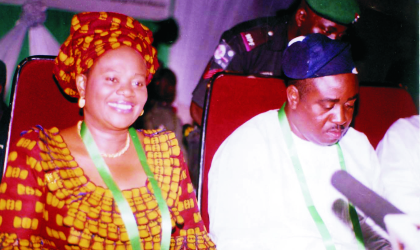