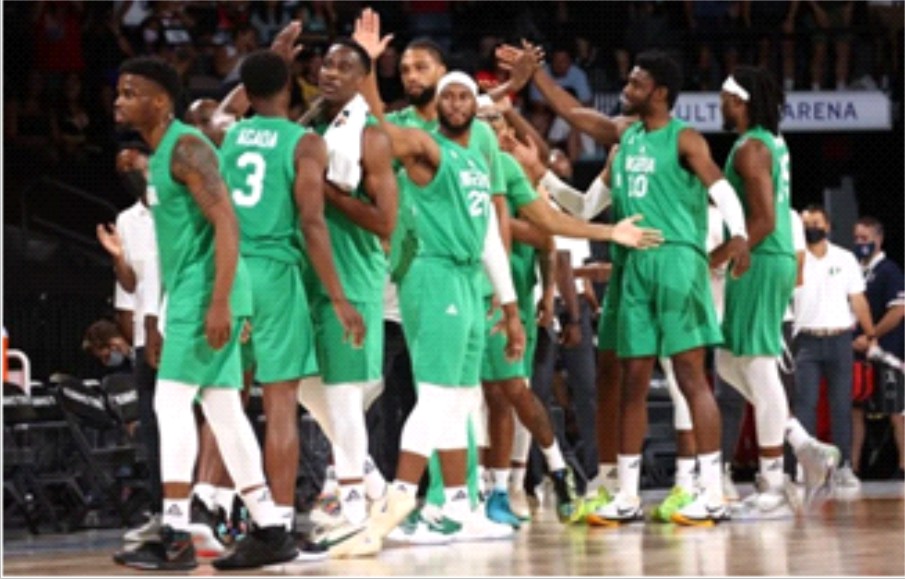 Chairman, Caretaker Committee, Nigeria Basketball Federation, Musa Kida, has attributed the early ouster of Nigeria basketball teams at the Tokyo Olympics to the reduction in the number of technical crew at the Games.
Kida disclosed this in an interview with newsmen in Abuja, while giving insight into the activities of the federation ahead of the next board election.
D’ Tigers and D Tigress of Nigeria were both eliminated in the group stage of the Olympics.
This came after an impressive build-up to the games which saw D’ Tigers beating highly rated U.S and Argentine teams.
The NBBF boss who expressed disappointment at not making the cut at the Olympics narrated how the International Olympic Committee through the Nigeria Olympic Committee gave a directive to reduce the technical crew from eight officials to just three.
“We were always entitled to a full complement of our officials in the Games, but after our preparations, and getting to the Olympic proper, the NOC came with the directive that we are only entitled to only three officials which included only two technical officials.
“I was very sad to understanding that they are only going to allow three of our technical officials, instead of the eight or nine which we are already used to. This actually affected the team immensely and cost us the first two games,” he said.
According to him, he became more apprehensive when he noticed at the start of the games that other teams had a full complement of their technical crew, which left him wondering if it was tactical sabotage.
“We became more suspicious when the games began, we discovered that other countries were carrying full complements of their coaches and officials, even countries that do no have as many athletes as we did.
“From there, the players became demoralised no doubt, as they could not have their coaches that could be giving them the needed technical talks. What NBBF did though, was to make sure that everybody was on ground. That hurt us so badly, no doubt about it.
“We interrogated the Basketball governing body FIBA who actually claimed ignorance on why such instruction came from the IOC at the Olympics. It was the same situation for the men and the women teams,” he said.
Kida, however, said the Minister of Youth and Sports Development, Sunday Dare, had to step in to ensure a slight increase in the technical crew and boost the confidence in the camp.
“Seeing the situation on the ground, the minister rallied round to see that there was an increase in the number of our officials for the team.
“The minister really helped us in all out by ensuring that we had an increase in the number of officials, by then, we had lost the first two matches at the Olympics.