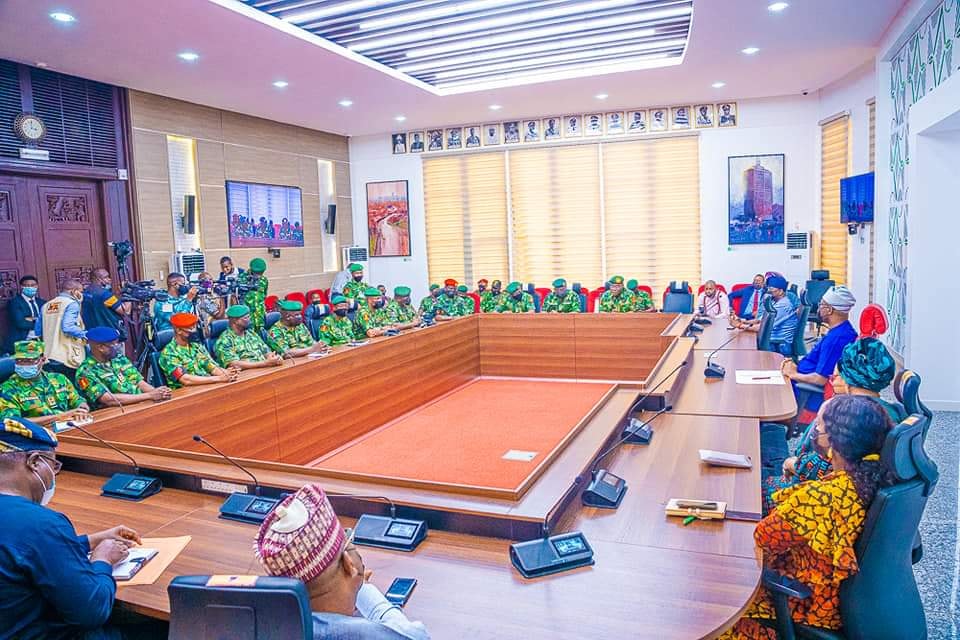 A group known as the Degema Political Forum (DPF) has lauded the performance of the Chairman of Degema Local Government Area, Hon. Michael John Williams, noting that his actions showed that he came prepared.
Speaking during a courtesy visit to the Chairman at the Council headquarters, Chairman of DPF, Dr. Oteiva Mokie Frank, noted that the Chairman had justified his election through his numerous people-oriented projects littered across the LGA.
“Judging from the steps you have taken as Chairman, we are happy to say that the people of DELGA did not make a mistake by putting you in the saddle of the local government as the Chief Executive.
“The actions you have taken so far have shown that you came prepared to give the good people of the local government purposeful and eventful leadership.
“You came to replicate the outstanding performance of our indefatigable and workaholic governor, Chief Barr. Nyesom Wike in the LGA.
“In less than three months of assumption of duty, you have littered the entire LGA with visible and verifiable projects, not on paper, that have direct bearing on the existential well-being of the people,” Dr. Frank stated.
The group thanked the Council Boss for the appointments given to their sons and daughters, pledging the continued support of the Degema people to his administration.
The elitist group also used the occasion to appeal to the Council Chairman to assist the Degema people with the construction of a Community Hall for social gatherings, procurement of two 500 KVA transformers for improved electricity distribution as well as completion of their uncompleted Youth Development Centre.
In his response, the Council Boss commended the DPF for their support for the Peoples Democratic Party (PDP) and his administration, assuring that Degema Town will surely get a good project from his administration.
He noted that the delay in embarking on a project in Degema Town was due to the fact that several groups from the community had met him with different requests, adding that he was taking his time to identify the immediate need of the people, and would execute same in the shortest possible time.
In the area of electricity, he apprised that Degema Town and the Axis area were the first to receive power supply upon his assumption of office, adding that he was aware of the transformer challenge, but that efforts were on to resolve it.
He reiterated his campaign promise that every community in Degema LGA will be touched by his administration, calling on Degema people to remain steadfast in their support for the administration of Governor Nyesom Wike and the PDP, as that would guarantee a better future for them.
Highpoint of the visit was the presentation of a portrait and roll-up stand to the Council Chairman.
Meanwhile, ace comedian, Prince Hezekiah, has extolled the Chairman of Degema Local Government Area, Hon. Michael John Williams, describing him as the face of Governor Nyesom Wike in Kalabari Land.
Prince Hezekiah, who spoke, when his team paid a courtesy call on the LGA Chief Executive at Degema, headquarters of the council added that the Chairman was a true replica of the governor due to his developmental strides in the LGA.
The Kalabari-born entertainer, stated that the essence of the visit was to intimate the Chairman of his forthcoming event, tagged: Prince Hezekiah MADE IN PORT HARCOURT, slated for September 5, 2021, at the Aztec Arcum Event Centre, Port Harcourt.
Prince Hezekiah noted that the event, which is first of its kind, is aimed at showcasing Port Harcourt-based talents to the world.
While calling for support from relevant stakeholders for the entertainment industry in the State, the veteran comedian noted that Port Harcourt had potentials to compete favourably with other big cities of the world.
He appealed to the Council Boss to support the event by buying and distributing free tickets to Degema people to go and watch the show.
Responding, the Council Chairman commended him for being a worthy Ambassador of the Kalabari Ethnic Nationality, thanking him for coming up with such a laudable idea to revive the ailing entertainment industry in the State. He stated that the present Chairmen of the three Kalabari speaking LGAs were working in synergy to promote the unity, peace and development of the Kalabari Nation.
The Council Boss assured the entertainer that, as one of their own, he and his counterparts would collaborate and give all necessary support to him to ensure that the event turned out successful.