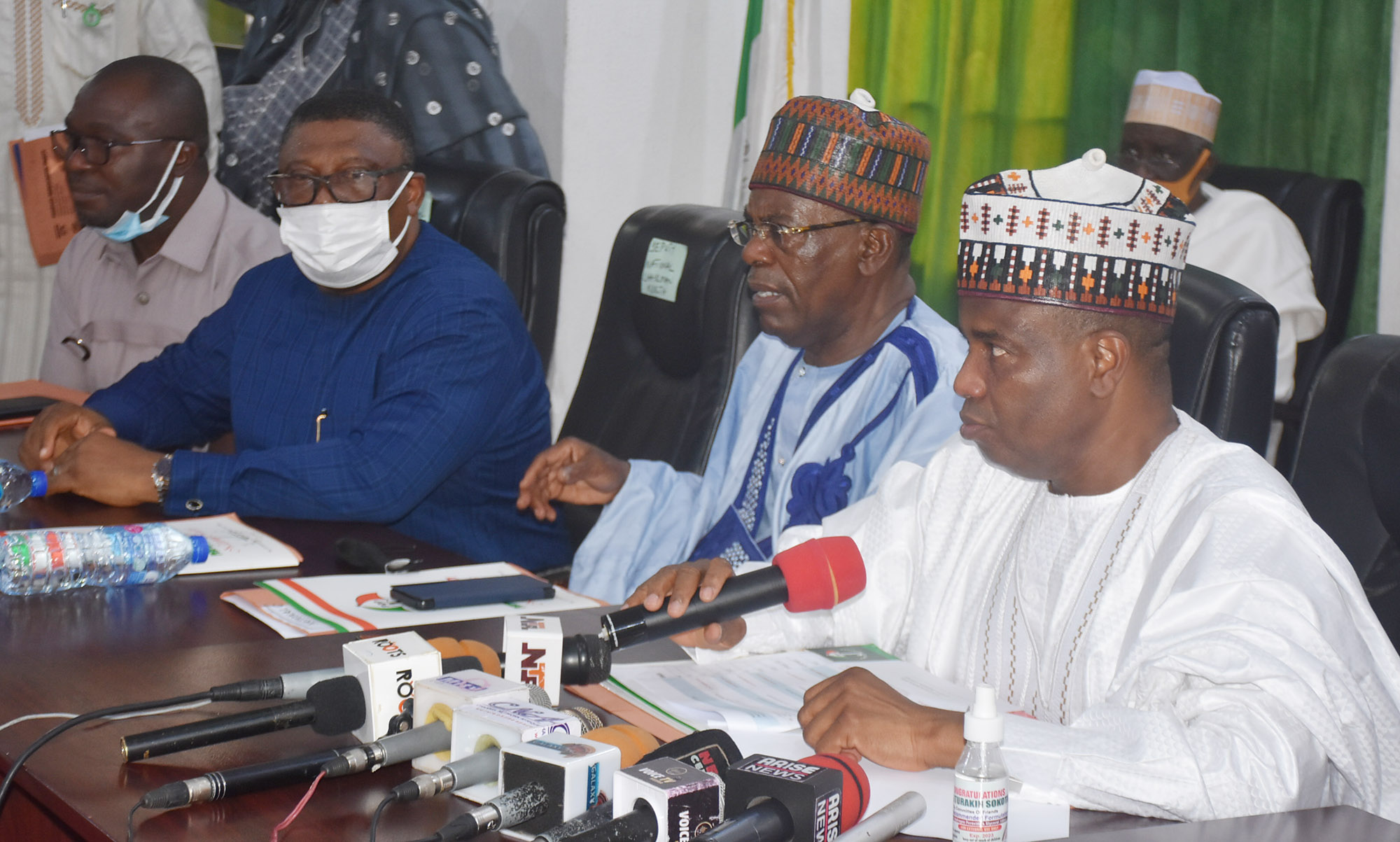 Former National Chairman of All Progressives Congress (APC), Mr Adams Oshiomhole, says he is still an active member of the party, in spite of his removal from office.
Oshiomhole said this when he spoke with newsmen on the sidelines of the fundraising and investiture of Mrs Victoria Unuoarumi as the 10th President of Rotary Club of Maitama, Abuja.
He said although an Appeal Court had voided his removal from office, he had chosen to sleep on his right on the matter.
“The court judgement was delivered on July 2, 2020 about two weeks after I was removed from office. I decided to make it public because I saw many commentaries suggesting that people were not aware that the case was dismissed. It was over a year that the case was dismissed.
“Initially I was not bothered, but when I saw the way commentators were talking on the issue, I realised that they were apparently not well informed that the case was dismissed.
“I said I should let the world know about it and we published it,” Oshiomhole who was also the chairman of the event said.
He said however, that he had no regret leaving as APC chairman.
“I have no regret leaving as APC chairman.
“Let me repeat what I said shortly after the National Working Committee (NWC) of the APC was dissolved, when I spoke with journalists then.
“I said then that regardless of the legality or illegality of the issue, I accepted what happened in good faith and I remain committed to doing whatever I can to support the party.
“Am still active in all APC activities and I don’t think that I needed to be a chairman to be of relevance.
“I didn’t join the party to become chairman, I joined in order to form an alternative platform capable of kicking PDP out of power and that objective was achieved.
“It doesn’t matter the way things have gone. The primary purpose was not for me to be APC chairman,” Oshiomhole said.
The former national chairman expressed optimism that Nigeria would hold a hitch-free general elections in 2023.
“I have hope for 2023. God will not forsake a nation of 200 million people in 2023, our democracy has come to stay, although it’s not perfect, a couple of things could be done to strengthen it.
“I believe that God in his infinite mercy will help Nigeria to sustain its democracy and guide us, as we move towards 2023 and the country will go forward.
“I want all of you to realise that I always make this point, because Nigeria is much bigger than the total sum of the problems bedevilling it. So am an optimist, “ he said.

Earlier in her acceptance speech, Unuoarumi promised to strive hard to take the club to the next level.
“I am indeed humbled and immensely grateful to all members of our great club for finding me worthy to serve them. It is with great joy and humility that I accept to serve as the 10th President of our great club.
“As a servant leader, I pledge to work with my fellow teammates and volunteers in selfless service to take our club to the next level,” she said.
The Tide source reports that some distinguished Nigerians were honoured at the event for their numerous contributions towards the development of the country.
They included Alhaji Tanko Yakasai, Mr Adams Oshiomhole, Dr Ramatu Aliyu, Minister for State for FCT, Dr Edwin Clark, Sen. Sani Ahmed, Chief Lawrence Ojemeni, former FCT Minister Aliyu Modibbo, Chief Sanni Felicia, Dr Joy Okoro and Mr Yusuf Ali.

Enugu Assembly Assures On Collaborating With Other Arms

Aregbesola Is My Brother – Osun Gov