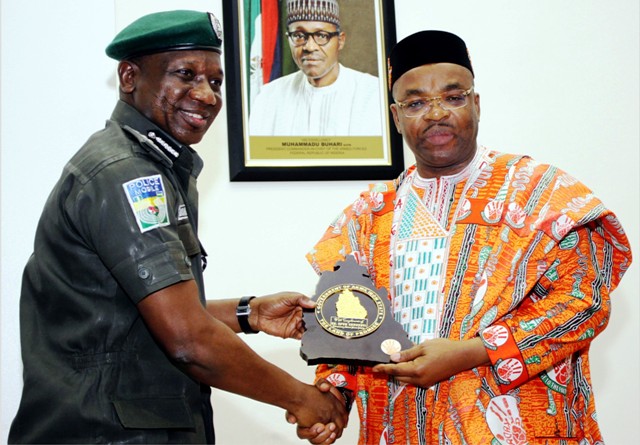 The Akwa Ibom State Government has marked a metropolitan church in Uyo, Holy Ghost Ambassadors Ministry International, for demolition over comments by its Senior Pastor on the political affairs of the state.
The Tide learnt that the senior pastor of the church, Nyeneime Andy, had criticised the alleged plan by the state Governor, Udom Emmanuel, to impose a successor on the state in 2023.
Andy was reportedly invited by Nigeria’s secret police for questioning last Wednesday over his comments on politics in the state.
On the same date, the Akwa Ibom State Government, through its agent, the Uyo Capital City Development Authority (UCCDA), marked the church building for demolition.
The church has also been served a notice to that effect.
In the notice, the head of the Town Planning Department, Eshiet Freddy, claimed the church building, which had been existing since 2012, did not meet the planning standards for approval.
According to Freddy, the structure negates minimum requirements in terms of space standard, building line and area distribution.
“It is worthy to note that you are occupying/constructing an illegal structure without prior approval from the authority. The said illegal structure constitutes an offence and contravenes provisions of Town and Country Planning Law Cap. 133, Laws of AkwaIbom State.
“In view of the above, you are hereby given seven (7) days’ notice within which to remove the said illegal development and reinstate the land to its original state,” the notice stated.
The City Development Authority said the government would be forced to demolish the building if the church failed to comply with the order.
Andy, in a recent press briefing, condemned an alleged plan by the governor, Emmanuel Udom, to impose a successor in 2023.
“In 2023, it will be a government of the people, for the people and by the people. We will not allow one person to choose a governor for a state of over 6 million people,” the pastor was quoted.