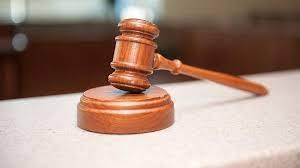 The Executive Chairman of Degema Local Government Area, Hon. Michael John Williams, has again, defeated another of his challenger, Mr. Dokubo Great Future, Candidate of the African Action Congress (AAC), in the April 17 Chairmanship elections in Degema LGA, at the Rivers State Local Government Election Petitions Tribunal.
This followed the tribunal’s affirmation of his victory at the polls, wherein he, as Candidate of the Peoples Democratic Party (PDP), was declared winner, having garnered the highest number of lawful votes cast.
According to results released by the Rivers State Independent Electoral Commission (RSIEC) on Sunday, April 18, 2021, the PDP candidate secured 21,159, votes and was returned elected by the Electoral Umpire.
However, candidate of the AAC had approached the tribunal, praying it to amongst other things, withdraw the Certificate of Return issued to Candidate of the PDP and issue same to the AAC candidate; declare that the PDP candidate was not eligible to contest the said election for not being a registered voter in Ward One, Unit One of Bakana in Degema LGA, declare that Michael John Williams was an impostor.
Dismissing the petition for lack of merit, frivolity and abuse of judicial processes, Monday, the Tribunal held that the petitioner failed to prove his case beyond reasonable doubts.
It ruled that Michael John Williams was eminently qualified to contest the elections and duly satisfied the provisions of the Electoral Guidelines and the Constitution of the Federal Republic of Nigeria. The 3-man Tribunal, headed by Lawrence Ishikaku Esq, further held that the evidences relied upon by the Petitioner were inadmissible in court, adding that he failed to establish how private and public documents were obtained and tendered as exhibits to prove his case.
Earlier, the Election Petitions Tribunal, headed by Rita Oguguo, Esq, had on August 10, 2021, in the suit filed by candidate of the Labour Party, upheld the election of Michael John Williams as duly elected Chairman of Degema Local Government Area.