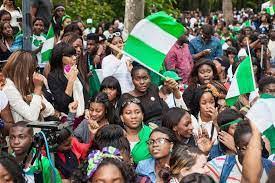 Some stakeholders in Badagry, Lagos State, on Sunday urged youths in the area to collaborate with security agencies for effective community policing.
They made the appeal at the 2021 International Youth Day Security Summit organised by the National Youth Council of Nigeria (NYCN) Badagry Federation.
The Tide source reports that the theme of the summit was “Insecurity: Effect on Food System, Human and Planetary Health.’’
Maj. Noble LongJohn, Second in Command, 243 Army Battalion, Ibereko, Badagry, who represented the Commanding Officer, Col. Nicholas Ndume, listed some of the factors responsible for insecurity.
He said they were unemployment, porous border, weak judiciary system, smuggling and bad leadership.
He said the refusal of youths to be loyal and truthful had worsened insecurity.
Maj. LongJohn appealed to youths to regard security as a collective responsibility and urged them to collaborate with security operatives for effective community policing.
In his remarks, Deputy Comptroller, Nigeria Customs Service, Seme Border Post, Mr Sulaiman Atega, said the service was saddled with the responsibility of revenue generation and blockage of smuggling of contraband.
He represented the Controller, Comptroller Bello Jibo, at the occasion.
Atega emphasised the need for collaboration between Customs and youths to curtail smuggling in the area.
He promised that Customs personnel would continue to improve on the rules of engagement in tackling smuggling.
Mr Sunday Adegboyega, representative of the Directorate of Security Service noted that most stakeholders in Badagry were not cooperating with security agencies in combating smuggling.
He advised youths involved in smuggling to engage in agriculture, adding that smuggling of contraband would not be tolerated by security operatives manning the borders.
On the issue of multiple checkpoints by the police, Divisional Crime Officer, Badagry Police Station, Mr Gbesu Peters, said the division had only two checkpoints in the town.
Peters said most of the police checkpoints in the area were manned by personnel from other police formations in Lagos and Abuja.
Mr Mautin Genesis, former Sole Administrator, Olorunda Local Council Development Area (LCDA), said in his remarks that there was no way to guarantee a secured environment when poverty was prevalent in the land.
Mr Genesis represented Chief Sunny Ajose, APC’s Deputy Chairman, Lagos State, at the occasion.
He charged that many security operatives at checkpoints contributed to insecurity.
He urged security agencies to train and retrain their personnel to facilitate a secure environment, noting that most of the officers at the checkpoints avoided training for monetary purpose.
Earlier, Mr Augustine Kiki, a youth leader in Badagry condemned the presence of numerous illegal checkpoints, especially by the Nigerian Police and the Customs Service.
According to him, this has further impoverished the people rather than securing them and has resulted in food insecurity and loss of youths in their prime ages.
He urged government and other stakeholders to ensure that increased premium was placed on value for lives and to also ensure the teaching of culture in schools.
In his remarks, Mr Abdul-Salam Ashade, the NYCN Coordinator, Olorunda LCDA, called on government to address current security challenges by providing employment and infrastructure at border communities.