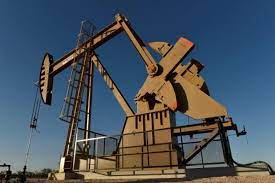 The Interim Administrator, Presidential Amnesty Programme (PAP), Col Milland Dixon Dikio (rtd), has called on some federal ministries and agencies to collaborate with PAP for the overall development of the Niger Delta region.
Dikio said PAP was only one of the approaches designed to tackle the problems in the region, insisting that synergising with other Niger Delta-related ministries and agencies would facilitate the development of the region.
A statement signed by Dikio’s Special Adviser, Media, Nneotaobase Egbe, said the amnesty boss spoke when he paid a courtesy visit to the Commander 2nd Brigade, Uyo, Akwa Ibom State.
He said petroleum assets redistribution enabled by the passed Petroleum Industry Bill (PIB), the Ministry of Niger Delta Affairs, the Niger Delta Development Commission (NDDC), the Ministry of Environment and PAP had complementary mandates to develop the region.
Dikio said, “The amnesty programme happens to be one leg, there is a leg on petroleum assets redistribution; the Petroleum Industry Bill (PIB) is the vehicle for ensuring that and the Ministry of Niger Delta Affairs and the NDDC whose mandate is to take care of the agitations or grievances about lack of physical development in the Niger Delta and of course, the Ministry of Environment, whose mandate is to address the issues of environmental degradation”.
Dikio explained that the late President Musa Yar’Adua embraced the concept of soft power by establishing PAP as an alternative to the use of kinetic power in resolving issues, adding that his office was saddled with the responsibility of managing the process.
He said the amnesty office was doing everything possible to make ex-agitators understand the importance of adopting alternative ways of expressing their grievances.
Dikio said while in Akwa Ibom, he visited some facilities where ex-agitators could be trained, employed and mentored by such organisation.
He said, “We provide the soft approach of administering these ex-agitators and teaching them alternative ways of ways of expressing their misgivings. This we intend to do through our train – employ- mentor (TEM) scheme.
“While in Akwa Ibom State, we visited some facilities with the intention that PAP will pay for the training of these beneficiaries, they will then be employed by these organizations till they know the craft and then be mentored so that they can stand on their own and then be employers of labour”.
He thanked the army commander for his warm reception, and promised to keep partnering with security agencies to make the region safe.
In his remarks, the Commander 2nd Brigade, Uyo, Akwa Ibom State, Brig-Gen M.N. Inuwa, commended Dikio’s approach and his deployment of soft power, adding that it had helped reduce violent agitations in the region.
“The combination PAP is adopting is the solution”, he said, noting that Dikio’s reforms and policies were helpful to the region.

Police Nab Nigerian With 550grams Of Mephedrone In India

Nigerian national, UcheIhuarulam, 31, has been arrested in Mumbai,India with 550grams of mephedrone, worth Rs 55 lakh.
The drugs were seized from him by the Anti-Narcotics Cell (ANC).
The Worli unit of ANC was said to have received a tip-off about a Nigerian coming to deliver mephedrone at Sewri-Wadala road on Sunday evening.
Accordingly, the unit laid a trap and detained Ihuarulam.
“On conducting a search, we found 550gm of mephedrone on him and arrested him,” the officer said.
The Indian Express quoted the officer as saying that during his interrogation, they found that Ihuarulam had been staying in India for the last three years, and is part of a gang of Nigerian nationals that supplied drugs to the city.
The officer alleged that in the last few months, there have been several cases of narcotics, especially mephedrone, being smuggled into Mumbai by gangs of Nigerian nationals residing in Navi Mumbai and Vasai-Virar.
“We are keeping an eye on these gangs that supply narcotics to the city.”

The delay in the recruitment of more police officers was caused by the clash of interests between the Police Service Commission (PSC) and the police hierarchy over the appropriate body to conduct the exercise.
The Inspector General of Police, Alkali Baba, who disclosed this yesterday in Minna, the Niger State capital, added that 20,000 more personnel would be recruited into the Force by next year.
He, however, disclosed that the dispute had been resolved, adding that the recruitment of 10,000 personnel for the Force will commence soon.
The IGP further explained that “between now and year 2022, about 20,000 personnel will be engaged by the Force to boost its manpower.”
Baba while addressing officers and men of the Niger state police command at the police headquarters in Minna said, “Our problem with the Police Service Commission on who recruits is over, the recruitment which we started in 2020, will be completed soon and by the year 2022, 20,000 men would have been added to the force.”
He also disclosed that training and retraining of officers and men of the force will now be given top priority, adding that the police colleges across the country while trainees in the colleges will now eat and sleep there.
The IGP, who said he is a member of a national committee looking into the accommodation of policemen, said they have decided that about 1,500 houses would be provided for the police between now and 2022.
“There will be a change, we will give you uniforms which you are not getting before, officers will buy uniforms, and rank and file will also get shoes and berets”
Baba urged his officers to be very prayerful for all the plans to materialism, adding that “the police force has too many enemies, if you are regulating human conduct people will not like you therefore you must pray for the job”.
Earlier during a courtesy visit to the Niger State Governor, Alhaji Abubakar Sani Bello, the IGP admonished parents to encourage their children to join the Nigeria Police Force, saying the organization was a honourable one.
He urged state governors to take leadership roles in community policing, noting that it was for young men and women.
Bello, who was represented by his Deputy, Ahmed Ketso, acknowledged the role played by the police in crime prevention and curbing of banditry and kidnapping in the state.
He promised to always support all the security agencies in the state to enable them perform their constitutional roles to the optimum.

The Managing Director, Nigerian Communications Satellite Limited (NIGCOMSAT), Abimbola Alale, has disclosed that the agency will acquire more satellites between now and 2025 with the NigComSat-2 (Hight ThroughputSatellite) due for launch in 2023 while NigComSat-3 will be launched in 2025.
According to the MD, who disclosed this yesterday in Lagos during a stakeholders forum organised by the agency with the theme, ‘NIGCOMSAT, The Present and The Future’, the launch will not only inspire confidence in agency’s customers and channel partners but will also place NIGCOMSAT in the front line of communication satellite operators with fleet of satellites in the orbit.
Alale also disclosed that NIGCOMSAT, in a bid to achieve its ambition as the leading satellite communication solutions provider in Nigeria and Africa, obtained approval early 2020 to form two subsidiarycompanies (SUBCOs) the Satellite Infrastructure Company SIC to provide satellite upstreamservices such as Transponder leasing, and In-Orbit-(IOT) services, Carrier Spectrum Management (CSM) services & the Satellite Broadcasting and Broadband Company (SBBC) to provide satellite downstream services such as broadband internet services,Broadcasting (DTH) services etc.
“The SUBCOs were formed to carryout commercial businesses on behalf of NIGCOMSATwith strategic partners and expand its business operations and in the information & communications technology space, NIGCOMSAT realizes the need to strategically position its subsidiaries for potential opportunities and risks, put in place operational structures to facilitate its business aspirations”.
As a result of the aforementioned, the NIGCOMSAT boss stated that Minister of Communications and Digital Economy has given the company a set of KPIs that are linked to the development of a strategic document which identifies the key market opportunities and risks in the Nigerian market as well as to define the SUBCO’s operational framework.
Continuing, Alale noted that as part of VSAT/TVRO capacity development programme,NIGCOMSAT has trained 600 youths across the six geo-political zones in the country adding that they have been equipped with tools to participate in growing the digital economy timely achievement of NIGCOMSAT’s roles specified in the National Broadband Plan 2020-2025.
“Satellite communications is a technology with rapid changings, in view of this, NIGCOMAT has continued to build capacity that match global trends and requirement”, she said.
Speaking on the objective of the stakeholders’ forum, explained that, it is part of the agency’s efforts to rub minds with stakeholders on areas they may need expansion and improvement in line with its core mandate and core values.