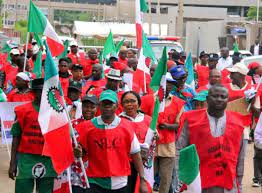 The Bayelsa State Government has appealed to labour unions in the state-owned tertiary institutions not to embark on their planned strike, saying efforts are underway to address their demands.
The Deputy Governor, Senator Lawrence Ewhrudjakpo, made the appeal at a meeting with the representatives of the various unions under the aegis of the Higher Institutions Joint Action Committee (HIJAC) in Government House, Yenagoa.
Senator Ewhrudjakpo pointed out that since the committee set up by the State Government to look into their demands had not completed its assignment, it would not be necessary for the Unions to go on strike.
He noted that the industrial action would not only adversely affect the education system of the state, but also do a disservice to members of the Unions if they go ahead to down tools at a time frantic efforts were being made to settle their grievances.
According to the deputy Governor, government had already agreed to implement the new Minimum Wage for workers in the state tertiary institutions.
He, therefore, assured the labour leaders that the implementation would commence as soon as the right figures and computations were made available by the committee handling the assignment.
Senator Ewhrudjakpo equally promised that the State Government would introduce a new template for paying yearly subventions to the tertiary institutions.
“I want to appeal to you to shelve your planned strike. You need to tell your people there are procedures to take for striking. I want you to explain to your members there is still collective bargaining and we are at the verge of resolving the issues.
“We have not declared that our talks had broken down; if they had broken down, you would know as enlightened people. Tell them they should not go on strike because it will not help us. The harm strikes have done to our society far outweighs any benefit one may get from it. We will take the Minimum Wage implementation first before the promotion arrears. The implementation must be across board and the Unions should be fully involved in the implementation process.
“From our deliberations here, government has agreed in principle to implement the new Minimum Wage for your members in the state owned tertiary institutions which have not benefited from the implementation. However, a committee has been set up to get the appropriate salary structure from the polytechnics in our neighbouring states. As it stands now, the polytechnics salary structure is not available”, he said.
Earlier in his presentation, the Chairman of HIJAC, Comrade Gbenizibe Amachree, listed the union demands to include implementation of the new Minimum Wage, re-instatement of their wrongfully disengaged members, implementation of promotions and payment of promotion arrears to members.
The Union also called on government to separate the subventions from salaries being paid to the staff of tertiary institutions, insisting that such subventions should rather be channelled to infrastructural development of the schools.
Highpoint of the meeting was the setting up of committees including the one chaired by the Chairman, Bayelsa State House of Assembly Committee on Labour Matters, Hon. EbiuwouKoku-Obiyai.
The Committee, which is mandated to look into the alleged wrongful disengagement of workers, has the Permanent Secretary, General Services, Mr Anthony Ikhobo as Secretary.
While the Commissioner for Education, Dr Gentle Emelah, his labour counterpart, Hon. Stanley Braboke and members of HIJAC including Mr Wilcox Fakidoma, Mr Alex Toun-aregha, and MrEgisi Isaac are to serve as members.
All the committees are expected to submit their reports within two weeks to enable government ascertain their recommendations with a view to implementing them expeditiously.