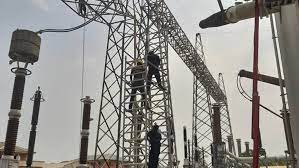 The House of Representatives Committee on Power, has attributed the crisis in the power sector to lack of efficient and dynamic policies.
The Chairman of the Committee, Rep. Magaji Aliyu, said this on Wednesday in Abuja, at the third annual general meeting of the Association of Rural Electrification Contractors of Nigeria (ARECON).
Aliyu said that the relocation of certain parastatals and agencies under the ministry of power to other ministries was an aberration and one which was causing confusion in the sector.
According to him, there must be a desired formula that ensures that irrespective of inherent politics, the Minister of Power must be allowed to drive power processes in the country without interference.
“Today, you will hear that a particular part of ministry of power has been shifted to another organisation, which I believe is an aberration of the concept.
“For example, Nigeria Bulk Electricity Trading Company, there is a tug of war, where does the organisation belongs, is it in power or is it in Ministry of Finance, there is an issue of Hydro-Power Development Authority is it going to the presidency, or is this going to power?
“I believe that there are political machinations not to allow power grow in this country.”
He said it was understandable that the sector had multi-dimensional problems which were evident in distribution, transmission and generation.
Aliyu said that the problems in the sector were enormous as Nigerians were paying for the power they did not consume, a situation he said was undesirable.
He, however debunked strongly the allegation that lawmakers interfere in the procurement process in contract awards to contractors, saying it was untrue.
Former Chairman, Mr Sam Amadi, Nigerian Electricity Regulatory Commission (NERC), said that that one of the ways to improve the sector was to promote local content law to help industrialisation to begin the manufacturing of the equipments needed.
According to him, if this is realised, it will help local manufacturers to optimise production, create wealth and jobs.
On tariffs, he said there was need for regulatory credibility and stability, adding that independent regulators help to attract more investors into the sector.
“If you set up a group like this and empower them, you can set up and use them to ensure that there is little or no project failure.”
He advised ARECON members to organise themselves to be a real trading section in the sector as was obtainable in other sectors of the economy.
Amadi, also said that as a major player in the sector, they should build their capacity to be a voice to determine how policies ensures the growth of the sector.
Chairman of ARECON, Mr Uchenna Akubuobi said that since privatisation in 2013, the sector was yet to satisfy the yearlings of electricity consumers in Nigeria.
He said that some of the factors militating against achieving power sector goals were low daily generation, weak transmission grid resulting in frequent system collapse and vandalisation of electricity infrastructure.
Others are poor funding by private investors after the take over of the acquired assets and Distribution Companies (DISCOs) incapacity to take load from transmission stations.
“ARECON is prepared to work with the government  to ensure that electricity gets to the rural communities within the shortest possible time.
“This will stem rural migration to cities and engender economic prosperity.”
He, however, urged the Federal Government to increase budgetary allocation to the Rural Electrification Agency to allow for more projects to the rural communities.
He added that a law should be enactedÎ to restrain any other government agencies from carrying out rural  electrification projects in any part of the country.