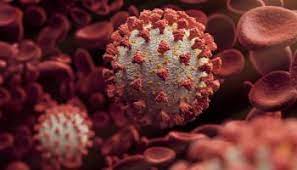 As states across the country struggle to curb the spread of Covid-19 Delta variant, the nation is now averaging more than 700 new cases, says the Nigeria Center for Disease Control (NCDC).
The NCDC, which disclosed this via its verified website yesterday, added that the country registered 790 additional infections on Wednesday, a sharp increase from the 610 cases it registered a day earlier.
The Tide source reports that owing to a sudden surge, driven by the highly transmissible Delta variant, the country’s average daily Covid-19 cases showed that Wednesday’s increase was the highest since February.
The surge resulted in the federal government calling on citizens to take responsibility and adhere to preventive measures in the country, especially as the caseload keeps rising on the heels of an ongoing doctor’s strike.
The NCDC noted that states nationwide were struggling to curb the spread of the Delta variant, with the situation becoming alarming particularly in Lagos, Akwa-Ibom, Rivers, Oyo states and the FCT, where the strain was accounting for a large number of the cases.
Due to the spread, NCDC observed that Lagos state set a new record for Covid-19 on Wednesday with 574 cases, and infections in Rivers state jumped to 83, Ondo-38, Ogun-31, Oyo-23, Delta-10, the FCT-9, Ekiti-7, Edo-6, Osun-4.
Anambra and Bayelsa recorded 2 cases each and Plateau-1, while three states, Kano, Nasarawa and Sokoto, reported zero cases, NCDC said.
One new death was also recorded on Wednesday, bringing the nation’s fatality count, since the start of the pandemic, to 2,195.
“A total of 74 people recovered and were discharged from various isolation centres in the country on Wednesday, with total recoveries nationwide since the onset of the pandemic clocking 166,203”, the NCDC added.
The agency said that the country had tested more than 2.5 million samples for the virus out its roughly 200 million populations, with an average test positivity rate of six percent.
It also disclosed that the country’s active cases had soared to 11,500.
In the meantime, a multi-sectoral national emergency operation centre (EOC), activated at Level 2, continued to coordinate the national response activities.
The agency reported that vaccination was also providing better protection, than natural immunity, for adults previously infected with Covid-19, from getting re-infected.
It warned that scientists believed the Delta variant to be as contagious as chickenpox, as one infected person carries the potential of infecting eight or nine more, just as the strain had shown its efficacy in infecting younger people as against the older strains of the virus.