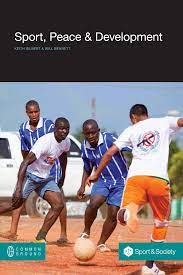 The head coach of Future Stars Football Academy of Port Harcourt, Churches  Benibo, has described football competition in the grassroots as one of the best ways to bring  children out of social vices in the society.
He said that, if the children are engaged in different sporting activities at the grassroots they will have no time to Indulge in cultism.
Benibo stated this, at the weekend in an exclusive interview with Tidesports, just after his boys defeated, Bright Stars football academy, 4-2 via  panelty, after playing goalless draw in the regulation time of the semi final match of the ongoing Sir P, Under 13 football tournament, at the Ruomuji football pitch,  Port Harcourt.
He commended his boys, for a job well done adding that, he is happy for their performance so far in the competition.
“ I love the tempo  of the game, because both teams played well.
I need more effort from my boys because the final game is not going to be easy.
This is our year,  as I speak with you, my boys are also in the final of The Kings football tournament at number six field and today we are through with this competition as well.
We need more competitions,  for the past three weeks the children are engaged and it will take off their minds form social vices in the society,” Benibo stated.
He commended the organiser of the tournament, saying that to gather children from different parts of Port Harcourt was not easy.
“ I think we need more competitions to engage the children in the grassroots,” he said.

Bayelsa Set To Give New Buses To Football Clubs, Next Season