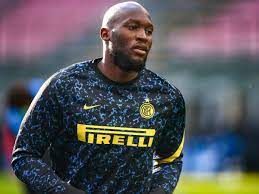 Chelsea legend Didier Drogba has hailed the return of Inter Milan forward Romelu Lukaku to the club in a message on his social media pages.
At the weekend it was reported that Chelsea had reached an agreement in principle to sign the Belgian striker, with his £98 million ($135m) return set to be officially announced soon.
The former Ivory Coast striker, who joined Chelsea in July 2004 for £24 million from Marseille, and left after managing 164 goals in 381 appearances, has celebrated the impending arrival of Lukaku at Stamford Bridge on his social media pages.
In a recent interview, Chelsea manager Thomas Tuchel refused to accept whether Lukaku was among the players he was targeting to sign only stating “a lot of players want to join.”
“I will not talk about players who don’t play in my squad. He’s a fantastic player but he’s an Inter player and I will not talk about him in this situation,” Tuchel said.
“You can imagine a lot of players want to come and join but we will not talk about that.
“The board isn’t offering players, that’s not how it works. We talk to the board about players, have our own opinions, and in the end, we target players who in our opinion could make our squad strong, which is quite a challenge.