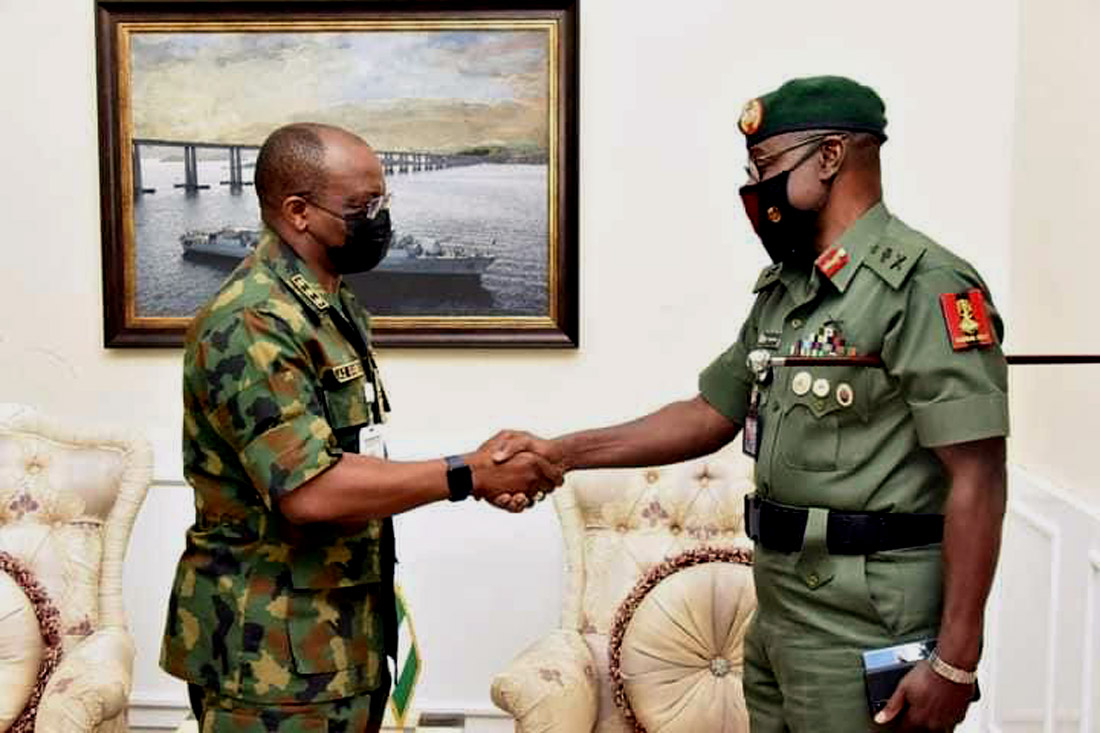 The gale of surrendering by Boko Haram and ISWAP terrorists, following the heat on their hideouts by sustained air and ground assaults by troops of Operation Hadin Kai continued in the North-East, yesterday, as another six terrorists gave themselves up to troops in Borno State.
Sources said that the terrorists, sensing that troops working in tandem with the new operational order by the Military High Command to upscale the offensive on all terrorists’ enclaves, surrendered themselves to troops of 134 Special Forces Battalion in Konduga.
The source, who noted that several weapons were recovered from the terrorists, including AK-47 rifle, General Purpose Machine gun and some locally fabricated dane guns.
It would be recalled that, last Wednesday, scores of Boko Haram terrorists (BHTs) and elements of Islamic State of West Africa Province (ISWAP) and their families, who hitherto hibernated around the fringes of Sambisa forest, surrendered.
A statement by the Director, Army Public Relations, Brig-Gen Onyema Nwachukwu, said the terrorists, comprising 19 male fighters, 19 adult female and 49 children, came out from some enclaves in Njimia village and environs as they “yielded to troops’ heavy artillery and air bombardments and surrendered to the troops.
They surrendered at Forward Operational Base (FOB),Banki Junction, and BOCOBS in Bama, Borno State on August 2, 20213 .
Nwachukwu said: “The terrorists who also surrendered several assorted weapons and incendiaries lamented that the ground and condition in the forest have become untenable, hence their surrendering.
“The fire arms and incendiaries recovered from the terrorists include, eight AK-47 rifles, one General Purpose Machine Gun (GPMG), twoFabriqueNationale (FN) Rifles, one Dane gun, one Makarov Pistol, 89 rounds of 7.62mm (Special) ammunition, 89 rounds of 12.7mm ammunition, 66 rounds of 7.62mm (NATO) ammunition, 5 x 9mm rounds of ammunition, twohand grenades, 27 AK-47 rifle magazines and two FN rifle magazines.
“Others are one pistol magazine, one x 60mm Mortar Bomb, 10 x14.5mm empty cases, two primed suicide vests, 72 trigger switches, 10 primed Improvised Explosive Devices (IED), five Electric Detonating Chords, six packs of Water Gel Explosives, six Mobile Phones, one Camel Pack, oneCammoulage bag, twohard drives, oneplier, twounserviceable hand held radios, twoscissors, and needles, two Match boxes and the sum of N55,000:00 only”.