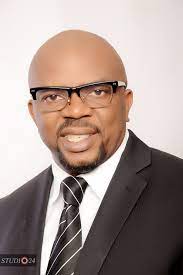 Rivers Commissioner for Sports, Boma Iyaye, says the management of Rivers United Football Club has officially written to the League Management Company (LMC), protesting the use of an ineligible player in the club’s match day 34 encounter with Jigawa Golden Stars in Kaduna.
This was carried in a statement signed and made available to Tidesports  Monday, by the press officer to the state government,  Daniel Nwankwoala.
Jigawa Golden Stars had featured one Christopher Richard in the NPFL fixture despite being informed by the LMC prior to the encounter that he was not eligible to play, having accumulated five yellow cards.
According to LMC guidelines for the league, “if it is established that, a team intentionally featured a player who had earlier received five (5) yellow cards or red card before the match in question, the affected team will lose 3 points 3 goals to its opponent.”
Iyaye, who stated this at the sideline of Rivers United match against FC Ifeanyi Ubah in Port Harcourt, called on the LMC to do justice to the petition to further restore clubs, administrators and football fans’ confidence in the league.
“This is a straight forward issue that requires no long stories. The LMC is well aware of the case in question and even wrote the club, informing them of the player’s ineligibility, but Jigawa still went ahead and used him.
“We do not want to believe that the LMC will allow its image to be rubbished over a matter that is so easy to judge and sanction. As a club, Rivers United has played by the rule book and we expect same to apply in this case.
“The NPFL season is running smoothly; the LMC should not mar its own achievements by inviting unnecessary backlash from various football stakeholders within and outside Nigeria,” he stated.
Meanwhile, Barr Boma Iyaye has commended Rivers Angels Football Club for emerging victorious in the opening match of the CAF Women Champions League qualifier against Hasaacas Ladies of Ghana.
He assured them of all necessary support, adding that Governor NyesomWike has given a marching order to ensure that the team lacked nothing needed to aid victory and ultimately win the cup.

‘South-East Taekwondo U-18 Championship Will Live Up To Expectations’