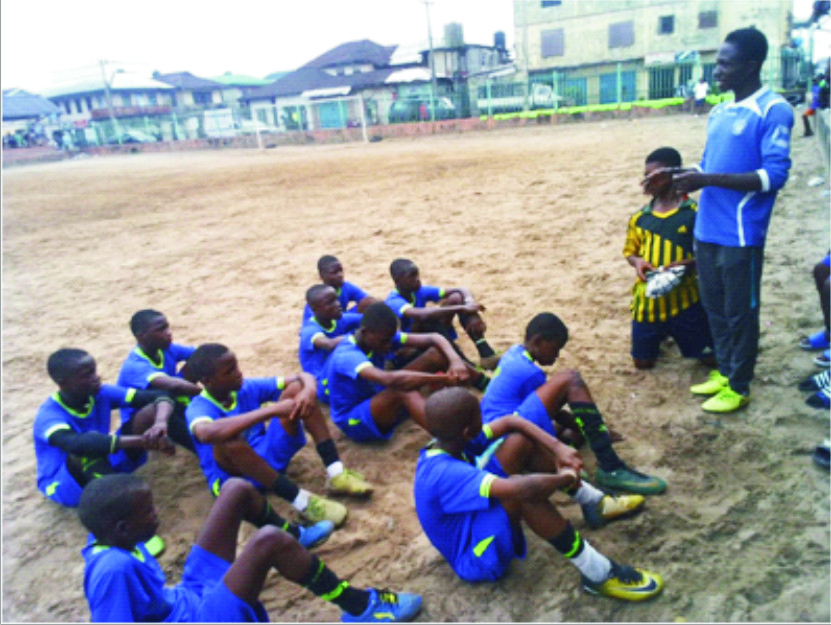 The Head coach of the Kings Football Academy of Port Harcourt, Chike King, has expressed joy over the performance of his players in the ongoing Sir P Under-13 Football Competition after defeating London Football Academy 4-2 on Saturday.
He stated that despite the win, his boys did not play according to plan, adding that, with their performance, they are capable of winning the tournament.
King said this on Saturday in an exclusive interview with Tidesports, at the Rumuwoji football pitch in Port Harcourt.
He blamed his goalkeeper for the two goals conceded, saying that, after  their (team’s) early two goals lead, his keeper became too relaxed in the match.
“Very nice and impressive performance.They put in their best, despite not playing according to plan. We thank God for the victory.
But I blame my goalkeeper for the two goals conceded because he felt  relaxed like the game was over, “ King said.
He revealed that his intention was to expose his players in more of the round leather games.
Also speaking, the head coach of London FA, IsmaelAbdullame,  attributed the loss to  poor performance of some of his players.
“ Honestly, I feel bad because we didn’t plan to lose the match, but God knows the best.Some of my players displayed a high level of  discipline and maturity in the game,  while others were careless.Some individual error cost us the loss Abdullame said.