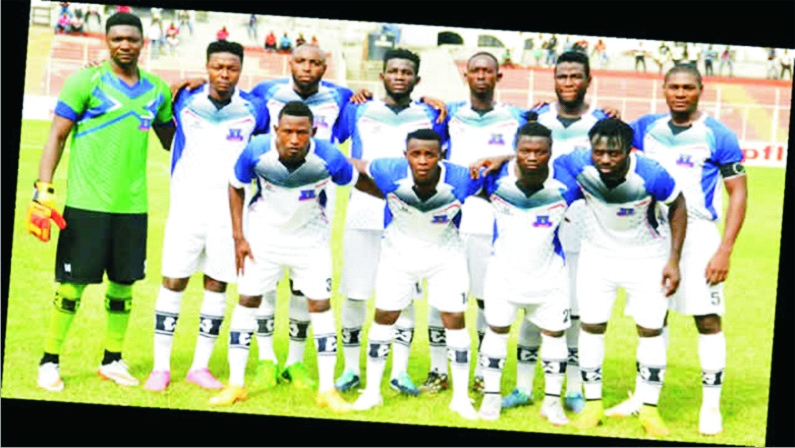 Nigeria Professional Football League side, Lobi Stars, has placed technical adviser of the club, Kabiru Dogo, and his assistants on half salary after their Aiteo Cup round of 16 loss to Bayelsa United today in Owerri.
Bayelsa United, who plays in the Nigeria National League emerged 2-0 winners to book a quarter-final spot in the competition at the expense of their more illustrious opponents.
The club’s management, who frowned at the team’s performance, placed the coaching staff on half salary and a two-match pay-cut with immediate effect.
According to a statement by the club’s media officer, Austin Tyowua, the players face similar fate as they were given a two-match ultimatum with half pay.
Tidesports source gathered that,  Lobi Stars vice chairman, Tama Aondofa, who addressed the players and officials in Makurdi, expressed concern over the poor away results recorded by the team and their recent ouster from the Aiteo Cup.
Aondofa also observed that there  was lack of commitment to work by the technical crew and players, and urged them to sit up henceforth.
“Beginning with the match against Katsina United, if in the next two games there is no improvement the management will also place the players on half salaries,” Aondofa  said.
However, the players risked having their salaries slashed in half after they played out a 1-1 draw away at Katsina United on Sunday.
The management had given the players a two-match ultimatum to change the fortunes of the team in terms of performance and results but a draw at Katsina might not be enough to salvage the punishment.
Lobi, who is currently eighth on the league table is billed to face in-form Nasarawa United in Makurdi,  today.

Give Us Our Olympics Silver Medal, Idoko Begs