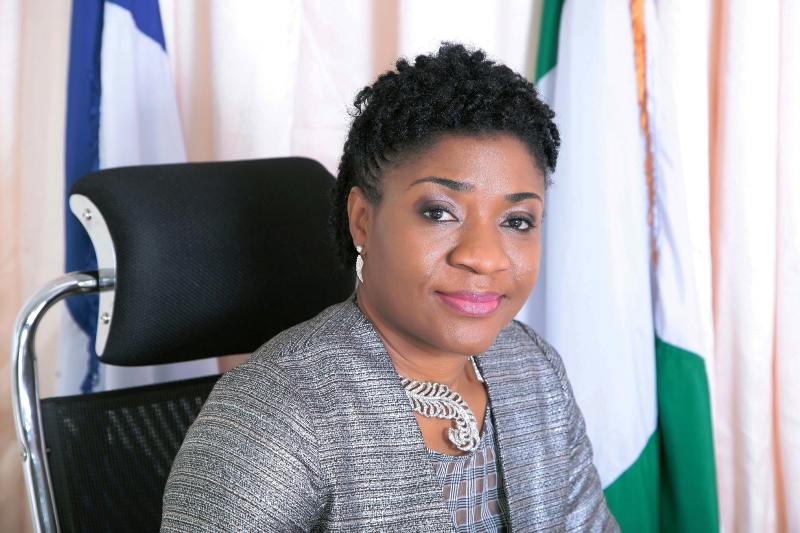 Wife of the Cross River State Governor, Dr Linda Ayade, has expressed her readiness to collaborate with the Centre for Clinical Care and Clinical Research (CCCRN), so as to improve the lives of Orphans and Vulnerable Children (OVC) and their Care Givers in the State.
Dr Ayade stated this in her Office in Calabar, when a team from the CCCRN paid her a courtesy visit.
The Governor’s wife expressed appreciation to the group for the good works they have been doing in the State since the commencement of their programme, adding that she is excited to hear that they have successfully completed the first phase of their work plan.
Ayade pointed out that her Non-Governmental Organisation Mediatrix Development Foundation has over the years been anchoring closely to what the group is doing, addressing the needs of children, especially the vulnerable ones, amongst other things and pledged her total commitment to work in partnership with the group through her office and her NGO.
She also assured them of her presence during the launch of the second phase of cash transfer to 250 beneficiaries in the State scheduled for the 15th of July, 2021.
Briefing the Governor’s wife on the purpose of their visit, the Senior Specialist, Community System Strengthening, Mr Chris Agada, stated that one of their mandate is to strengthen government systems to be able to provide care and support to orphans and vulnerable children, emphasising that they have a current event holding every Thursday and want to use the opportunity to launch their 2nd phase of the cash transfer to 250 beneficiaries in the State.
Agada disclosed that they had equally supported 590 vulnerable children including their households with cash transfer of N40, 000 per household during the Covid-19 pandemic. He said that they were unable to carry her office along in the first phase due to the pandemic and requested for her guidance and presence during the launch of the second phase.
Also speaking, the State Programme Manager, CCCRN, Dr Grace Essien, who led the team, stated that CCCRN was an indigenous Non-Governmental Organisation, whose presence has been in Nigeria since 2010.
According to her, they came into the State in December 2019, when they won the United State Agency for International Development (USAID) project to come and carry out the OVC programme in the State, while they started fully in January, 2020, working in Calabar South, Calabar Municipality, Odukpani, Akamkpa, Akpabuyo, Ikom, Ogoja, Yala and Obudu Local Government Areas, respectively.
She maintained that since they were working with OVC, they had extended to areas where USAID partners were working and had therefore extended their area of coverage to include Boki, Bakassi, Biase, Abi, Yakurr and Obubra LGAs, adding that their partners have started working in Obanliku and Etung L.G.As and that in their next plan, they will cover all the 18 LGAs.
Present during the courtesy visit were; the Special Adviser to the Governor’s wife on Administration, Mrs Philo Inyang, the Special Adviser to the wife of the Governor on Events, Hon. Torita Odey, amongst other staff of her Office.