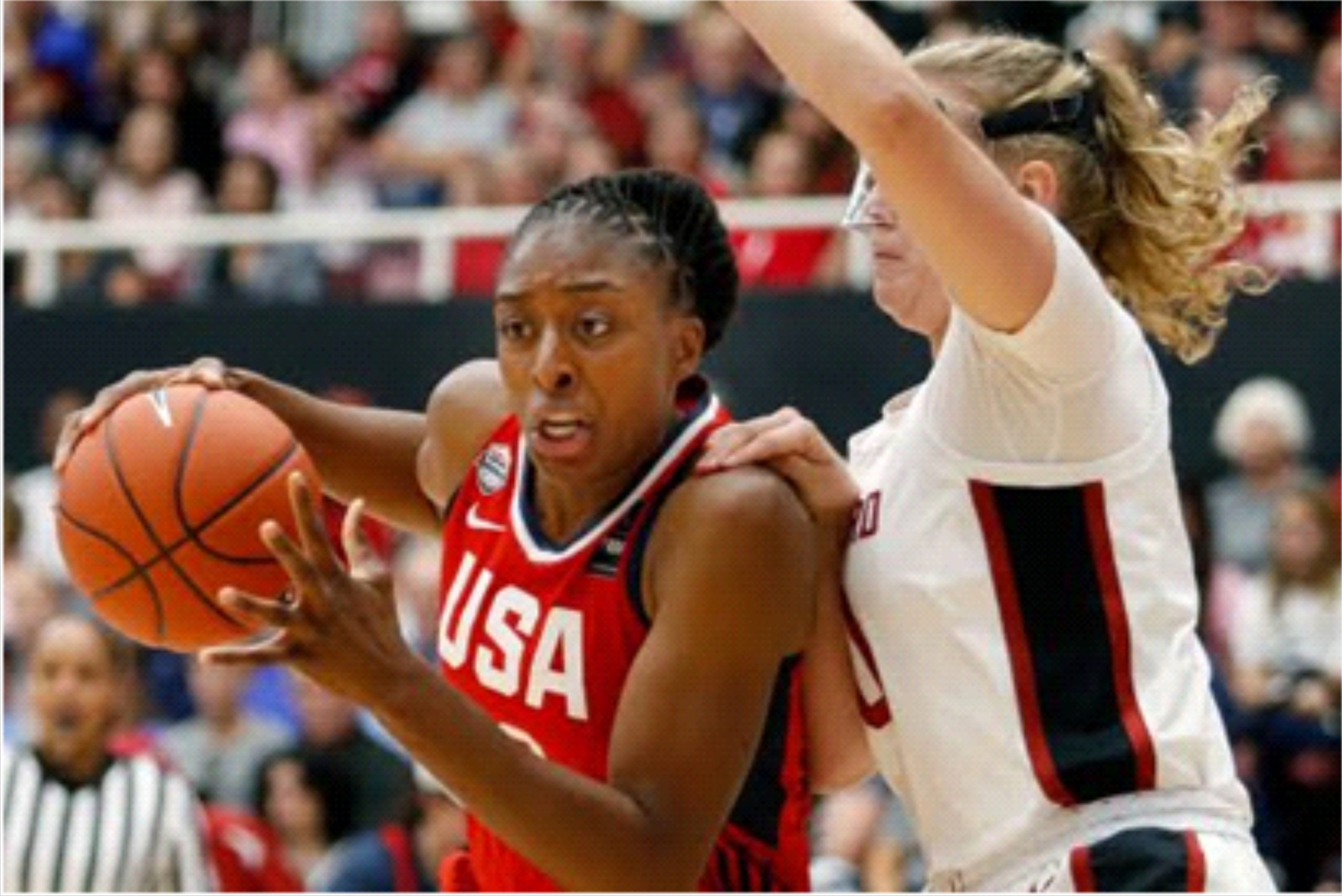 Nneka Ogwumike’s petition to represent Nigeria at the 2020 Olympics was on Wednesday rejected by basketball governing body, FIBA, due to “substantial involvement” of more than 10 years with Team USA.
Ogwumike, a 2016 WNBA Most Valuable Player, who played competitively for Team USA from 2009 to 2018, is seeking to explore all available options, including a possible application to the Court of Arbitration for Sport, according to ESPN.
Tidesports source reports that the Nigerian Basketball Federation filed an appeal to FIBA on behalf of Ogwumike and Elizabeth Williams, the Atlanta Dream centre who was also denied because of previous involvement with Team USA.
The federation wrote that Ogwumike and Williams were “two of the top players that would have made our team one of the strongest at the Games.”
“We do tacitly believe there are undercurrents and motivation for such a decision which is repugnant to natural justice, equity and good conscience. It is also outrightly discriminatory because players of African descent are approved to play for other countries constantly but the reverse is not the case,” NBBF added.
Generally, if players have competed for the United States in a FIBA-sanctioned event after having reached their 17th birthday, they are not allowed to play for another country in a FIBA event. However, according to FIBA’s regulations on player eligibility, the organisation’s secretary general may authorise a player to compete for the national team of his or her country of origin if this is in the interest of the growth of basketball in that country.
One of FIBA’s pillars of emphasis currently is the growth of women’s basketball worldwide.
The IOC rules only require an athlete to be nationalised by the country they’re competing for. They can compete for a different country three years after they competed for their previous country.
Ogwumike last competed internationally for the United States three years ago in the 2018 World Cup.
She had sought to play for Nigeria with her two sisters, Chiney and Erica, previously telling ESPN, “It’s something I know my family would be very proud of. I’m hoping it will contribute to the growth we’re experiencing for Africa in basketball.”
Chiney, a former No.1 overall pick who now stars with her older sister for the Los Angeles Sparks, was approved to play for Nigeria as a naturalised player, a condition that could affect the rest of the Nigerian roster as only one player can have that status. She is also required to pay $5,000 Swiss Francs (approximately $5,468).
Sources said Chiney is also expected to appeal FIBA’s ruling on her status.
Erica was approved to play for Nigeria without any conditions, essentially giving the three Ogwumike sisters three different statuses by FIBA.
The Ogwumikes’ parents, Peter and Ify, were both born in Nigeria and immigrated to the United States, where their daughters were born. The Ogwumike sisters have dual citizenship with the United States and Nigeria.
They have been filming and developing a documentary on their experiences playing together for the Nigerian national team, sources said.
In letters sent to Ogwumike and Williams, FIBA Secretary General Andreas Zagklis explained the rationale for denying their petitions because of “the substantial involvement of the player with the USA national team for more than ten years.”
Nneka, 31, was a longtime member of the US senior national team, winning gold medals with the American squad in 2014 and 2018 at the FIBA Women’s Basketball World Cup.