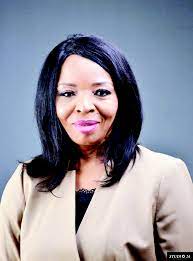 A non-governmental organization (NGO), the Crime Victims Foundation of Nigeria (CRIVIFON) has called for the prosecution of hospitals and medical staff found culpable for rejecting gunshot victims.

The group said the call became necessary as a result of increasing spate of deaths of gunshot victims due to refusal of hospitals to treat them without a police report.

In a statement, yesterday, signed by its Executive Director, Mrs. Gloria Egbuji, the foundation described the demand for police report before treatment of gunshot as totally unnecessary because the law has empowered hospitals to commence treatment before filing a police report.

Condemning in strong term, the recently reported cases of rejection of gunshot victims by hospitals, which eventually led to their death, the foundation highlighted that doctors and hospitals are breaching the provisions of the law thereby exposing themselves to criminal and civil liability.

“In particular Section 2 of the Victims of Gunshots Act states that ”every person, including security agents, shall render every possible assistance to any person with gunshot wounds and ensure that the person is taken to the nearest hospital for immediate treatment.

”Furthermore, Section 11 states that any person or authority, including any police officer, other security agent or hospital who stands by and fails to perform his duty under this Act which results in the unnecessary death of any person with gunshot wounds commits an offence and is liable on conviction to a fine of N500,000 or imprisonment for a term of five years or both”, the statement read in part.

CRIVIFON has in the same vein, urged the Nigerian Bar Association (NBA), civil society organizations, human rights activists to get involved before more Nigerians are lost through such inhuman attitude of medical staff in the nation.