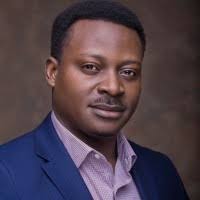 The Daniel Oreoluwa Adebiyi Foundation has announced plans to sponsor a student to a football academy outside Nigeria, annually.
This was announced at the inauguration of DOA Foundation, in honour of Daniel Adebiyi, who died September 9, 2020 at the age of 15 years.
According to him, the competition would be tagged “DOA Foundation Football Event.”
Speaking at the event at Chrisland Schools Lagos, Daniel’s father, Pastor Mike Adebiyi said the foundation hoped to start an annual football competition from 2022, where the Most Valuable Player (MVP) would be sponsored to the academy.
Adebiyi, who said Daniel had planned to resume in a football academy in Europe before he died last year, added that the competition would start every July 2, which was Daniel’s birthday and end on September 9, the day Daniel died.
”His ambition was to play professional football, but unfortunately, death cut that dream short. But that’s the purpose of this foundation, because a lot of young boys who are equally talented will go to soccer academy in his stead,” Adebiyi said.
Former Super Eagles goalkeeper, Peter Rufai, was a guest of honour at the foundation launch, describing the late Daniel as a talented footballer who exhibited great leadership qualities. He also promised his support to the foundation in any capacity needed.
Highlight of the launch was a novelty football match between Class 11 and 10 students of Chrisland High School, VGC, Lagos.
Class 11, who were the late Daniel’s classmates, defeated class 10 by a lone goal scored by Shina Afolabi, who emerged as the game’s MVP.