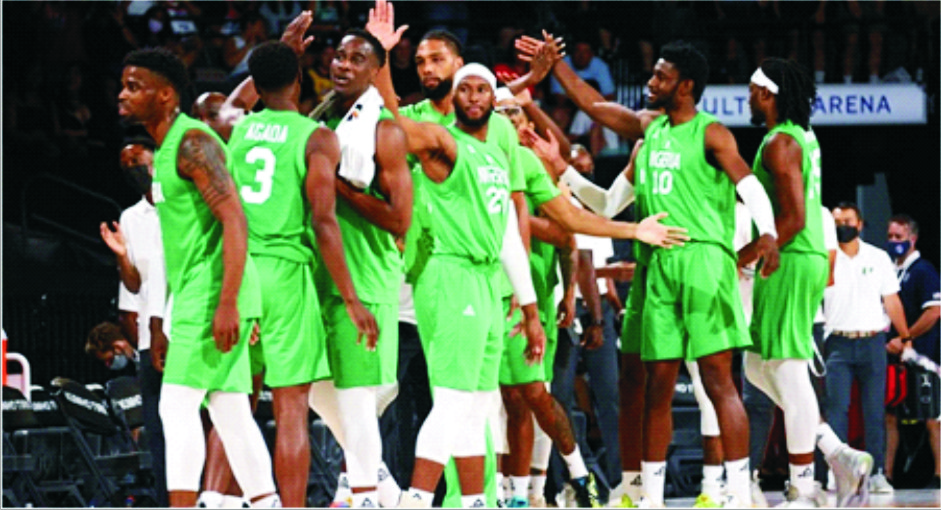 Nigerian fans have expressed their delight as Nigeria shocked the United States 90-87 in a pre-Olympic basketball friendly in Las Vegas, Nevada, yesterday.
Nigeria, with six NBA players and former NBA head coach, Mike Brown, at the helm, became the first African nation to beat the USA, who were playing the first of a five of tune-up games before the Tokyo Olympics.
Nigeria, which had 12 NBA players in its 49-man training camp in California and seven in uniform on Saturday, was led by Gabe Vincent with 21 points.
Nigeria’s win came nine years after the United States crushed the Nigerians 156-73 at the London Olympics.
A fan, Ugorji Emeka Stanley, was excited that Nigeria defeated the US team, saying, “Is it a dream? Nothing is impossible. US of A wey gather galaxy of stars?”
Another fan, Sunny Sunnet, said, “Congratulations. We should appreciate them, some of us have brothers, relatives, friends in the team, so let us applaud them for a good job well done. I wish them all the very best in their next challenges.”
“Holy buckets! Just saw the highlights. We may just have a squad. I am very impressed by our guys’ performance. Wow! Here is me thinking maybe our female team may give us the better chance of winning gold, gotta give it up to the coach for putting together a good squad,” Tope IB added.
Matthew Ogbagah, while expressing his excitement, said, “I watched the game and I can say those Nigerian guys returned everything the USA dropped. Nigeria won the game with their perfect 3’s.”
Ayorinde Owadimila added that “Nigeria basketball teams have been amazing and interesting to watch since”.