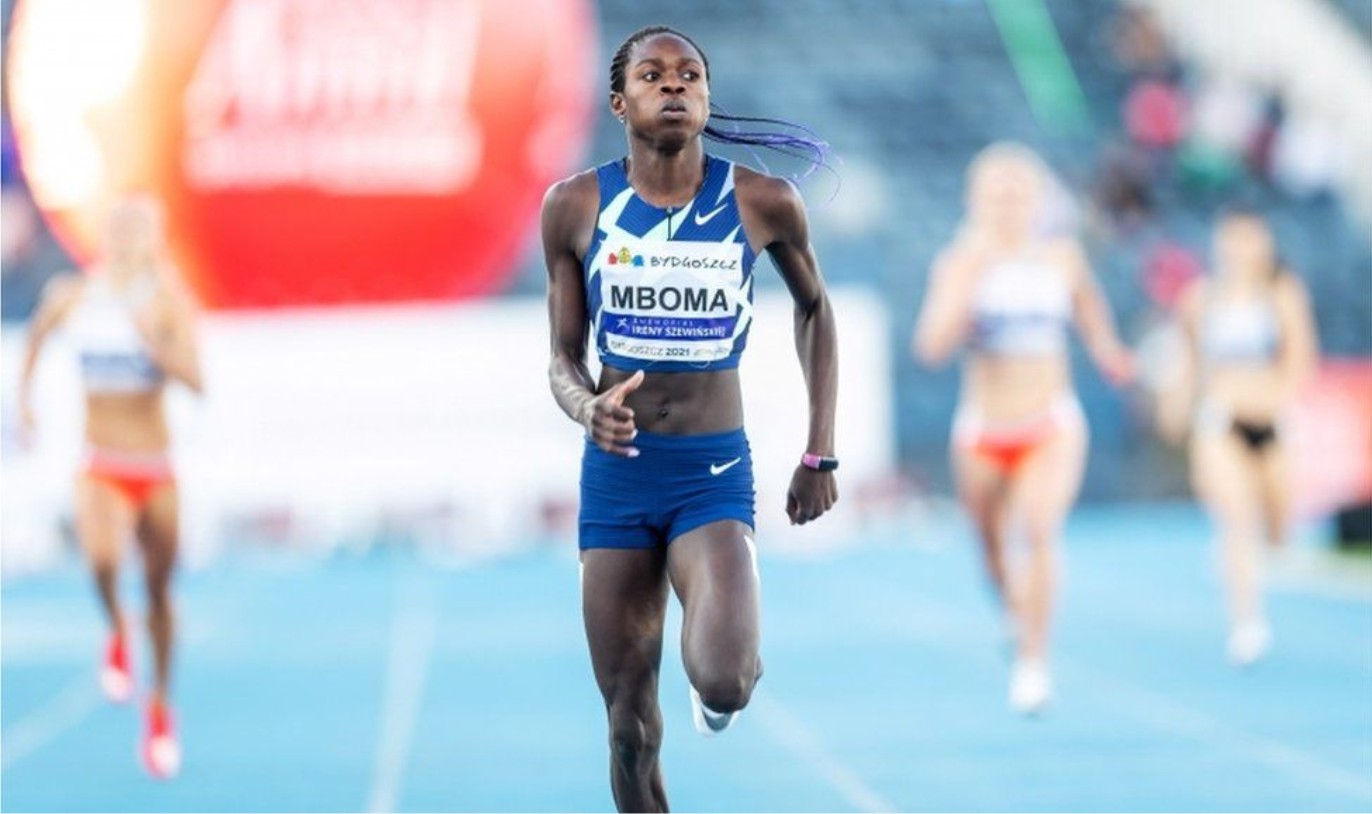 Namibian track and field stars Christine Mboma and Beatrice Masilingi, both aged 18, have turned in four of the top five women’s 400m times in the world this year.
They were on a fast-track to Olympic medals, but then their stellar rise came to a sudden halt.
The pair have been banned from competing in the women’s 400m race at the Tokyo Games. The reasoning: their natural testosterone levels are too high.
The teenagers were both racing at international events when they learned the news.
Christine Mboma was with the duo’s coach, Henk Botha, travelling back to their training camp in Italy. When their plane landed, Botha received a call from Namibia’s Olympic Committee relaying the news. By the time he was able to call Beatrice Masilingi, his other trainee, she had already found out from social media.
The revelation came as a shock to both athletes. Neither of them had been tested before, and they had no reason to think their hormone levels were not within the typical range.
It is not the first time female runners have faced this problem. In 2018, Caster Semenya was banned from competing after World Athletics ruled that “to ensure fair competition, women with high natural testosterone levels must take medication to reduce them to compete in middle-distance races”.
But asking someone to take medication to alter something in a body they are happy with is controversial.
“I would ruin the way my body develops because that’ll be something that rearranges everything, how my body functions and everything,” says Masilingi.
“I wouldn’t want to involve any other things because this is the way my body functions in its normal way. And if I try something else, I might get caught somewhere else, and something might go wrong with my body.”
Beatrice Masilingi is concerned about artificially changing her natural hormone balance
Testosterone is a driver of red blood cell count, and the more red blood cells a person has, the more oxygen they can carry to their muscles, allowing them to run faster for longer amounts of time.
Men typically have higher testosterone levels than women, which is one of the reasons why, on average, they outperform women in athletic competition. And if people take testosterone as a performance-enhancing drug, they will generally perform better, says Dr Richard Holt, professor in diabetes and endocrinology at the Faculty of Medicine at the University of Southampton.
Research shows, however, that if you take a group of elite male athletes, all with varying testosterone levels, the ones with higher levels of the hormone do not necessarily perform better than those males with lower levels.
Dr Holt says the same is true of elite female athletes, which is why testosterone cannot be the whole story when it comes to athletic performance.
“There are a number of genetic polymorphisms, slight changes in the genes, that will actually determine whether somebody has that innate ability to be able to compete at the elite level,” he explains.
The problem, though, is where to draw the line between a testosterone advantage and other natural, genetic advantages.
, The author of Sporting Gender, Joanna Harper argues: “If you’re going to pick one advantage to separate the two categories [female and male], you want to pick an advantage that one group has that the other doesn’t. And you pick a biomarker that is widely divergent in the two groups.”
There had to be a line of demarcation at some point, and unfortunately Mboma and Masilingi were on the wrong side.
Harper, a transgender athlete herself, says: “It’s not an elegant solution by any stretch of the imagination, but it places fairly minimal restrictions on people… It’s not elegant, but it’s not, to my mind, horribly unreasonable either.”
Kenyan runner Margaret Wambui says athletics needs a third category beyond men and women.
World Athletics does not attempt to argue that Mboma and Masilingi, and other female athletes with high testosterone levels, are not women.
“We are committed to fairness for women in sport and reject any allegation that biological limits in the female category are based on race or gender stereotypes,” they told Tidesports source in a written statement.
“On the contrary, they provide an objective and scientific measure to define the female category, and are a necessary, reasonable and proportionate means of attaining what both the Court of Arbitration for Sport and the Swiss Federation Tribunal agreed was a legitimate objective.”
But for these two teenagers, a legal ruling on their womanhood is very personal.
“We all come from different areas and are raised differently. It’s just different. We are all created differently, with different purposes. So you can’t compare me with someone else. It’s really unfair,” says Masilingi.
As of now, the young women are not going to take legal action against World Athletics, but they will fight for their right to race.
“We won’t be quiet,” Masilingi concludes. “I’ll say the support system is very strong at the moment. There is a lot of it going on… It’s all over the world and seeing people against this rule and everything, which really means a lot. The love, the coaches, and everyone, it’s just good.”