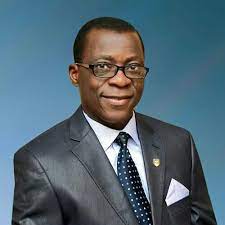 A Security Scholar at the University of Ibadan, Prof Oyesoji Aremu, has advised the Federal Government to review the 2014 Safe School Initiative Policy to include security education.
Aremu stated this in an interview with The Tide source in Ibadan yesterday while speaking on how to curb insecurity challenges in Nigerian schools.
According to him, it was worrisome and very disturbing that as of the second week in July, not less than 348 students, some running to months, according to UNESCO are still in the dens of bandits.
He said that It would take a very serious commitment and efficacy for such distraught students and their parents to think of returning to schools.
“Abductions of school children and personnel should therefore, attract more concerted efforts and zests that will gear toward restoring the school system back to normalcy.
“That itself can be guaranteed if the entire country is safe of banditry and insurgency.
“Above all, it is instructive for the Federal Government of Nigeria to review the 2014 policy on Safe School Initiative with a view to incorporating security education,” Aremu said.
The don said the Nigerian School System especially the Primary and Secondary sub-sectors have never had it so bad as it was presently going by the ceaseless war against it.
“Call it, ‘banditcracy’ if you like. Our school system in the North is under a siege through which, teaching and learning are no longer guaranteed and cannot also be provided.
“Between December, 2020 and the first week of July,  not less than 1000 school children have been kidnapped and millions of naira paid as ransoms.
“The latest being the abduction of 140 students of Bethel Baptist High School, Kajuma in Kaduna State,” he said.
Aremu, who is also the Chairman, Educational Management Board of the Baptist Mission schools of the Nigerian Baptist Convention said never in our history have we lost students to kidnapping as we witnessed in the last eight months.
Speaking on its implications for the education sector, he said “the development has not only portend a bleak future for the entire country.
“I fear that the effects of school insecurity will sooner than later, reverberate to the entire country in terms of a resurgence of crimes in various shades and dimensions.
“This is not to say about the collapse that will greet whatever remains of Western education in many parts of the North,” he said.
“Statistics have it that Nigeria  has the highest record of out-of-school children globally of more than 10 million students.
“Unfortunately, school insecurity accounts for the larger chunk of the reasons, followed by COVID-19 which ravaged the globe in 2020,” he said.
Aremu, however, noted that while COVID-19 had been curtailed to a great extent, violence against the school system was alarmingly on the increase.
He noted that “the entire North accounts for more than 70 per cent of out-of-school children in Nigeria. Unfortunately, school insecurity is more pronounced in the region especially in the North East and West.”
According to him, this in essence means that Nigeria may witness more out-of-school children in some years to come in that part of the country.
“As the country continues to witness school insecurity resulting in abductions, many schools as being reported will be closed down; and  thousands of children will, out of morbid fear and anxiety, drop out.
“Similarly, many youngsters will develop poor school esteem and lack of interest as a result of post-traumatic abduction-ladden stories of many of their peers who either, their parents paid ransoms or were lucky to have escaped from the captivity of bandits.
“All these could culminate into extinction of schools especially in the North if the ugly situation is not halted.
“Unfortunately, if the inperson school system becomes extinct in the North, our educational system is not mature and does not have the technological infrastructure to run a home school system,” Aremu said.