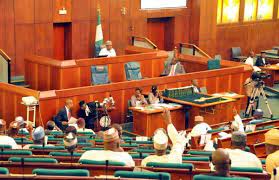 The House of Representatives has urged the Federal Government to provide adequate security in all offices of the Independent National Electoral Commission (INEC) across the country.

The House also mandated the House Committees on Electoral Matters and Interior to ascertain the level of compliance to fire safety regulations at INEC offices nationwide and “investigate the root causes of destruction and fire outbreaks in INEC offices across the country and report within four weeks for further legislative action”.

This was sequel to the unanimous adoption of a motion moved by a member of the House, Hon Dachung Bagos, at the plenary, yesterday, titled, ‘Call to Prevent Further Attacks on the Offices of the Independent National Electoral Commission Nationwide’.

Bagos said, “The House notes the increased attacks on the offices of the Independent National Electoral Commission across the country and the most affected states include Akwa Ibom, Abia, Anambra, Imo, Borno, Ebonyi, Jigawa, Kano, Ondo, Plateau, Rivers and the Federal Capital Territory, with about eleven of the offices burnt down by hoodlums.

“The House is worried that in the past 24 months, at least 19 INEC offices have been gutted by fire with a ratio of one INEC office per month.

“The House is concerned that if nothing is done to forestall future occurrences; there will not be adequate INEC offices to coordinate the 2023 and off-season elections in Nigeria.

“The House is also concerned that no one has been arrested and prosecuted for the criminal acts.”

According to INEC Chairman, Prof Mahmood Yakubu, rampaging hoodlums had razed no fewer than 11 INEC offices, 13 vehicles, 429 generators, others in over 41 attacks in the last few months.

The daring hoodlums had also killed cops, soldiers and razed scores of police stations, prisons, and other infrastructure of the state in the South-East and in the South-South.

President Muhammadu Buhari had warned those promoting crime and insurrection in the country, noting that his regime will treat them in the language they understand.