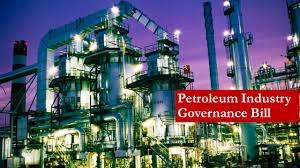 Reactions are now trailing the passage of the Petroleum Industry Bill (PIB), more than 13years after it was first introduced to the National Assembly.
The Bill, which was passed simultaneously, by the House of Representatives and the Senate, last Thursday, allocated three percent of profits from operators to fund oil and gas host communities.
According to the PIB, 30 percent of profit on oil would be utilised for frontier explorations, while the money will be in an escrow account and if left untouched, would be returned to the treasury.
National President, Petroleum Products Retail Outlets Owners Association of Nigeria, Dr Billy Gillis-Harry, who expressed happiness over the passage of the Bill, said it was a blessing for Nigeria.
He noted that through the bill, a deregulated downstream oil sector would be achieved, adding that this would boost the fortunes of the country and improve the Nigerian economy.
He congratulated the National Assembly for the feat and expressed the hope that the passage of the bill would bring the oil sector back on track.
On his part, the National Operations Controller, Independent Petroleum Marketers Association of Nigeria(NOCIPMAN), Mr. Mike Osatuyi, observed that the passage of the PIB into law was the beginning repositioning the oil and gas industry.
He further said the passage of the PIB would get the market forces to determine and control petroleum prices and curb oil theft.
Some stakeholders and industry experts, however were not enthused about the passage as they frowned at the reduction of host community funds from 10percent to 3percent, describing it as paltry and insignificant.
Executive Director of Health of Mother Earth Foundation, Dr. Nnimmo Bassey, pointed out that three percent to host communities was not commensurate with the environmental and health challenges caused by oil and gas exploration and exploitation activities and accused oil multinationals for causing the delay of the passage of the Bill, over selfish interests.
Meanwhile, the chairman Petroleum and Natural Gas Senior Staff Association of Nigeria(PENGASSAN), Azubuike Azubuike, while applauding the passage of the Bill, regretted that the issue of host communities was politicised.
Azubuike observed however, that investments in the petroleum sector would not be impressive as expected due to alternative energy sources.
However, the Pan Niger Delta Forum(PANDEF), while not casting shadow over the victory, expressed doubt and said it was not time yet for the oil bearing region to celebrate as the nation’s President, Muhammadu Buhari had not assented to the bill.