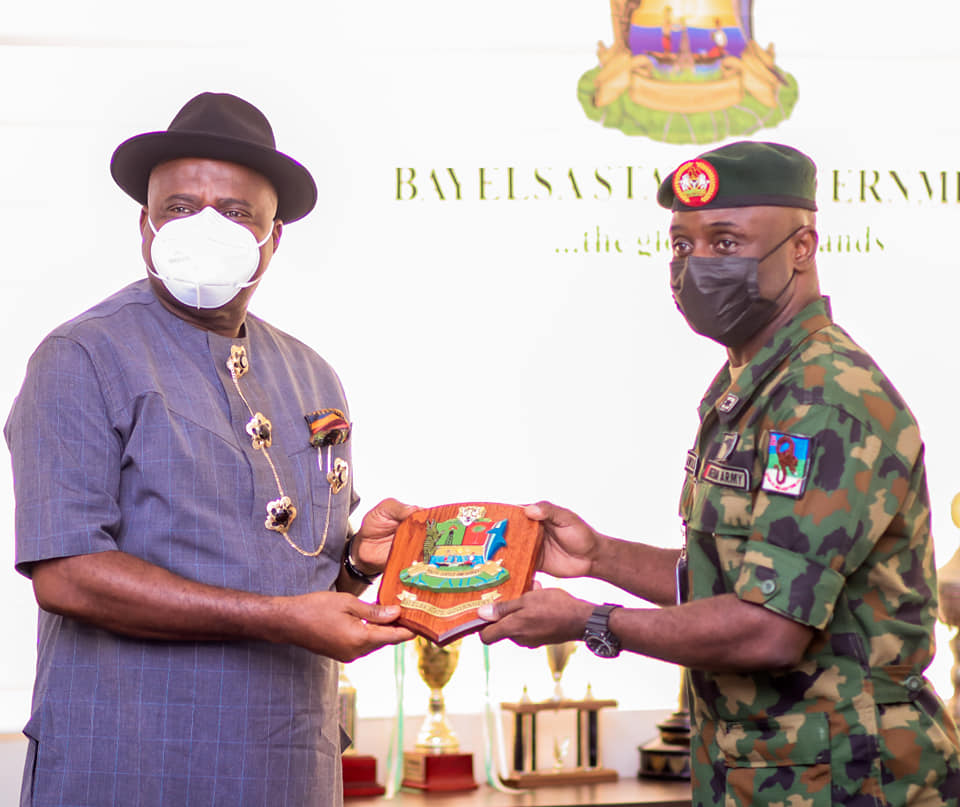 The Bayelsa State government has expressed commitment towards stronger partnership with a non-governmental organisation, the Stakeholders Alliance for Corporate Accountability (SACA).
The government stated this, Thursday, at the inauguration of a project tagged: ‘The child-driven safeguarding project at school level’ which was carried out by SACA in conjunction with the state’s Ministries of Education, Health and Environment as well as the Catholic Education Board and the National Association of Proprietors of Private Schools(NAPPS), in Yenagoa, the state capital.
In goodwill messages delivered by the trio of the state commissioners of Education, Dr Gentle Emelah, his Environment and Health counterparts, Hon. Iselema Gbaranbiri and Dr Pabara Igwele, represented by Dr Wisdom Sawyer, Permanent Secretary Health, Mr Christopher Ewhrudjakpo, Permanent Secretary Environment and Mr Ere Wakedei, Director, Climate change, Ministry of Environment, respectively, the government stated that it was ready to foster a stronger partnership with the group to safeguard the lives of both born and yet to be birthed children, across the state from oil related pollutions.
The state government commended SACA for taking the awareness and advocacy campaign for an hydrocarbon pollution-free society to schools in the state, saying that the awareness created would immensely address the problems of environmental hazards associated with exploitation and exploration of oil across the state.
Speaking on the rationale behind the ceremony, Executive Director, SACA, Mr Kingsley Ozegbe decried the spate of oil pollution in the state, advising that all stakeholders must synergise towards a possible ending of the dangers occasioned by spills.
He hinted that the NGO was resolved to ending oil related environmental hazards in the Niger Delta region, just as he said research by the NGO conducted through its partnering organisations show that no fewer than 16,000 children had died due to living in environments not more than 20km distance from sites of oil spills.
“Our children born and yet unborn are exposed to dangers of oil spills, our findings showed that about 16,000 children have died due to living in a distance not more than 20km from sites of oil spills across the Niger Delta”, he said.
“So we wanted to bring this awareness to our children in both public and private schools across the state the inauguration of the Child-Driven safeguarding project at the school level in the state”, he added.
Meanwhile, the chairperson of the SACA project management committee(PMC) who also doubles as the chairperson, national association of proprietors of private schools(NAPPS), Bayelsa State chapter, Dr (Mrs) Christiana McDonald have said proprietors of schools in the state have demonstrated their willingness to continue partnering SACA in the fight against oil spills and other hydrocarbon related environmental hazards.
She restated that though her committee was recently inaugurated, the inauguration of the child- driven safeguarding project at the school level was capable of fast tracking the advocacy by SACA, just as she commended the state government for showing commitment in the project.
Part of the fall out of the inauguration ceremony was the directive by the Bayelsa State government to schools in the state to form a 20-member child safeguarding club in all the ‘child-driven safe guarding’ pilot schools across the state on or before 9th, July, 2021, while SACA would assist the pilot schools to develop child safeguarding policy, amongst others.