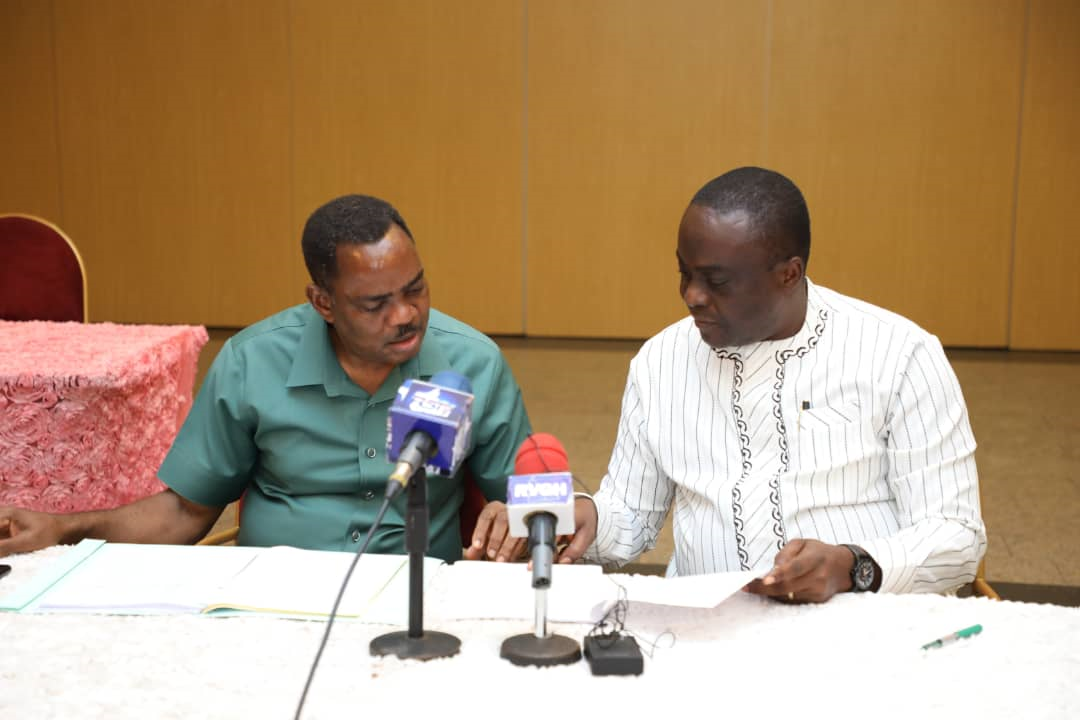 Activities commenced last week in Government House, Port Harcourt, with the signing of two crucial bills into laws by the Rivers State Governor, Chief Nyesom Wike.
The bills were ; the Public Procurement (amendment) Law No.1 of 2021 and Contributory Health Protection Programme Law No.3 of 2020.
At the event which took place at Government House last Monday, Governor Wike said with the signing of the Contributory Health Protection Programme Bill into law, residents and people of the state desiring health insurance could now participate in the scheme.
He also noted that with the amended law on public procurement, government would easily fulfil its contractual obligations and check problem of payment of low per centage of project sums which often led to the demand for contract variation by contractors and the attendant delay of project execution.
Last week also witnessed more inauguration of completed projects as well as flag- off of new projects by the administration of Governor Wike , the Mr Quality Project of Nigeria.
Projects inaugurated last week included 16.2 kilometers Umueze-Umuogba-Umuokpurukpu-Umueke-Umunju-Eberi Road in Omuma Local Government Area, the Pabod Breweries By-Pass Road and Oginigba-Ordinance Link Road at Trans Amadi in Port Harcourt.
Those flagged off were the   Trans- Kalabari Road Phase 1 in Degema Local Government Area, Reclamation of 52 hectares of land for the Abonnema and Obonoma towns in Akuku-Toru Local Government Area, and the 11.6 Km Omerelu Internal Roads in Ikwerre Local Government Area.
The Rivers State Chief Executive who stated that insecurity in the country has not hindered development in the state stressed that his administration has tackled insecurity headlong thereby creating an enabling environment for smooth delivery of quality department projects.
He announced that his administration would reconstruct the Umuakali-Eberi Road in Omuma Local Government Area in appreciation of the remarkable level of loyalty to PDP by the people of the area especially Hon. Kelechi Nwogu, the lawmaker representing Omuma State Constituency in Rivers State House of Assembly.
While inaugurating the road project in Omuma, former Senate President of Nigeria, Senator Adolphus Wabara, hailed the Rivers State Governor’s high performance and remarked that the Governor had redefined governance and broken the unfortunate jinx of non-performance associated with second tenure givernors in the country.
According to Senator Wabara, while it is in the habit of second tenure givernors to slow down actions, governor Wike remained unrelenting, working with the same zeal of a Governor in first term. This , he said, stands Wike out as a much sought- after leader who should be consulted in solving critical national issues related to governance.
Rivers State recorded another landmark victory last week as the Federal High Court sitting in Abuja, presided over by Hon Justice Taiwo Taiwo ordered the Federal Government to pay her $1,114,556,610.00, and to also pay the sum of $2,258,411,586.00 to Akwa Ibom State.
This was in relation to production sharing contracts arising from Deep Offshore and Inland Basin Production Sharing Contract.
Justice Taiwo who delivered the judgement in Suit No. FHC/ABJ/CS/174/2021 filed by the Attorney General of Rivers State and Attorney General of Akwa Ibom State against the Attorney General of the Federation, also awarded a post judgement interest of 10 per cent in favour of the plaintiffs.
Another major event in Brick House within the week under review was the approval by the State Executive Council to the offer made by Governor Wike to build, furnish and deliver new campus of Nigerian Law School in Port Harcourt to the Council of Legal Education.
Recall that Governor Wike had during inauguration of some projects by of the Rivers State Government at Nigerian Law School, Yenegoa Campus recently, requested that a campus of the school be sited in Port Harcourt, the Rivers State capital. He promised to build a brand new campus within six months, if his request was granted.
Rivers State Attorney General and Commissioner for Justice, Professor Zacchaeus Adango , who briefed newsmen after the State Executive Council meeting held last Saturday at Government House Port Harcourt, explained that one of the conditions demanded by the Council of Legal Education was that the offer made by Rivers State must receive the unambiguous approval of Rivers State Executive Council.
“ I am happy to announce that the Rivers State Executive Council met today and at the end of the Council’s meeting and upon due consideration of the memo presented by the Hon Attorney General,  Rivers State Executive Council has formally approved the offer made by the Governor to build, furnish and deliver a brand new campus of the Nigerian Law School in Port Harcourt to the Council of Legal Education”, Adango said.
He expressed optimism that the new campus will promote legal education and re-establish Rivers State on the map as the centre of legal education in the country.
Also last week, President, Police Officers Wives Association (POWA) , Hajia Hajara Alkali Baba, paid Gov Wike a courtesy visit to thank him, the Government and people of Rivers State for providing succour for the widows of deceased police officers.

‘Wike Has Set Record Too Difficult To Beat’