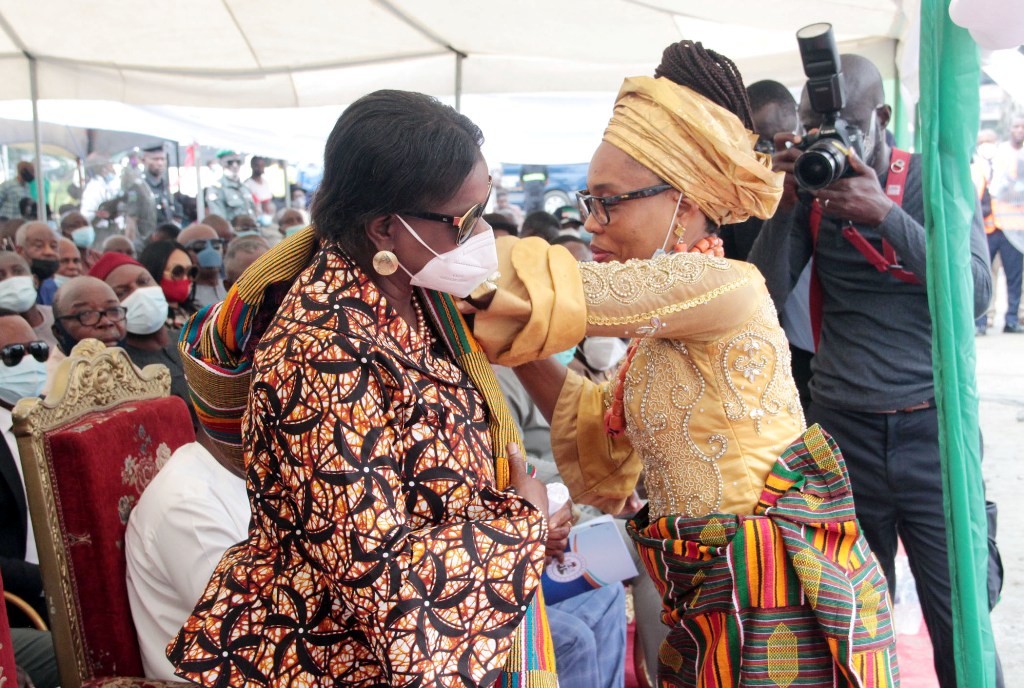 Rivers State Government , last week, flagged off three new campuses of the state-owned university, amongst other critical projects in the state.
The are ; the Emohua Campus, the Etche Campus and the Ahoada Campus. At the official flag – off of the Emohua Campus, last Monday, Governor Wike disclosed the intention of his administration to also develop  the Ogoni Campus  of the university.
The Governor who noted that establishing more new universities was not the best approach to solve the problems associated with higher education said more concern should be on how more funds should be committed to the existing universities to enable them to effectively train the manpower needed in the country.
“ Why I cannot build more universities is not because I don’t have where to build them. But it is to have the money to fund the universities. The ones we have, we have not been able to fund them”, Governor Wike said.
Former Vice Chancellor of the University of Port Harcourt, Prof Ndowa Lale flagged – off the Emohua Campus, former Vice Chancellor of the University of Port Harcourt, Prof. Don Baridam officially flagged -off the Etche Campus last Tuesday, while former Vice Chancellor of the University of Port Harcourt, Prof Joseph Ajienka Flagged off the Ahoada Campus of the state university.
Performing the flag-off of the Etche Campus, Prof. Don Baridam said Governor Wike was spreading development using siting of campuses of the state university in other local government areas.
The move , he said , would solve the usual complaint of over-crowding of classrooms, increase the carrying capacity of the institution as well as check the challenge of inadequate hostel accommodation amongst others.
The Vice Chancellor of the Rivers State University, Prof. Nlerum Okugbule, said the Senate and Council of the University approved that Faculty of Agriculture be located in the Etche Campus in cognition of the acknowledged agrarian economy of Etche as the famous Food Basket of the state.
Last Saturday, the state government also inaugurated the Senate Building of the University and also performed foundation stone laying for the construction of the College of Medical Sciences comprising Faculties of Basic Clinical Sciences, Clinical Science, and Pathology.
The Governor further announced the award of full scholarship for all the 55 students already admitted into the institution. According to him, the scholarship covers the entire period of the programme .
The Nigerian Medical Association (NMA) President, Prof. Innocent Ujah, who laid the foundation for the construction of the buildings, said under Governor Wike’s administration, the health sector had received unprecedented attention geared toward the sustainable development goal.
Also within the week under review, the state Chief Executive  flagged off two hostel blocks (450 bed spaces each ) and a 1500 capacity auditorium being constructed by the Rivers State Government at the Yenegoa Campus of the Nigerian Law School .
The Rivers State Governor who further requested for the approval of the Federal Government for the establishment of a campus of the Nigerian Law School in Port Harcourt said the existing six campuses of the school across the country can only admit 6,000 out of the 10,000 applicants that seek legal education every year.
He stated that the state government was willing to provide the basic infrastructure required in establishing another law school within six months in order to accommodate more students desiring legal education in the country.
Also last week in Brick House, Governor Wike bagged the Blueprint Newspaper’s Governor of the year Award.
At the event which took place at the Congress Hall , Trsnscorps Hilton Hotel, Abuja, former President, Dr Goodluck Jonathan was named Icon of Democracy in Africa while eleven other governors also received different awards.

The Chairman/CEO of Blueprint Newspapers Limited… described Gov Wike as a development strategist who has used Infrastructural revolution, healthcare, education, agriculture and sports to honoure his social contract with Rivers people.

The state Commissioner for Information and Communications, Paulinus Nsirim, commended the management of Blueprint Newspapers for recognising the giant strides of the Rivers State Governor, noting that Gov Wike has within the last six years demonstrated that he is a visionary leader and prudent manager of resources.

“ When his contemporaries are complaining of economic downturn, Gov Wike is commissioning projects and flagging off new ones”, Nsirim said.