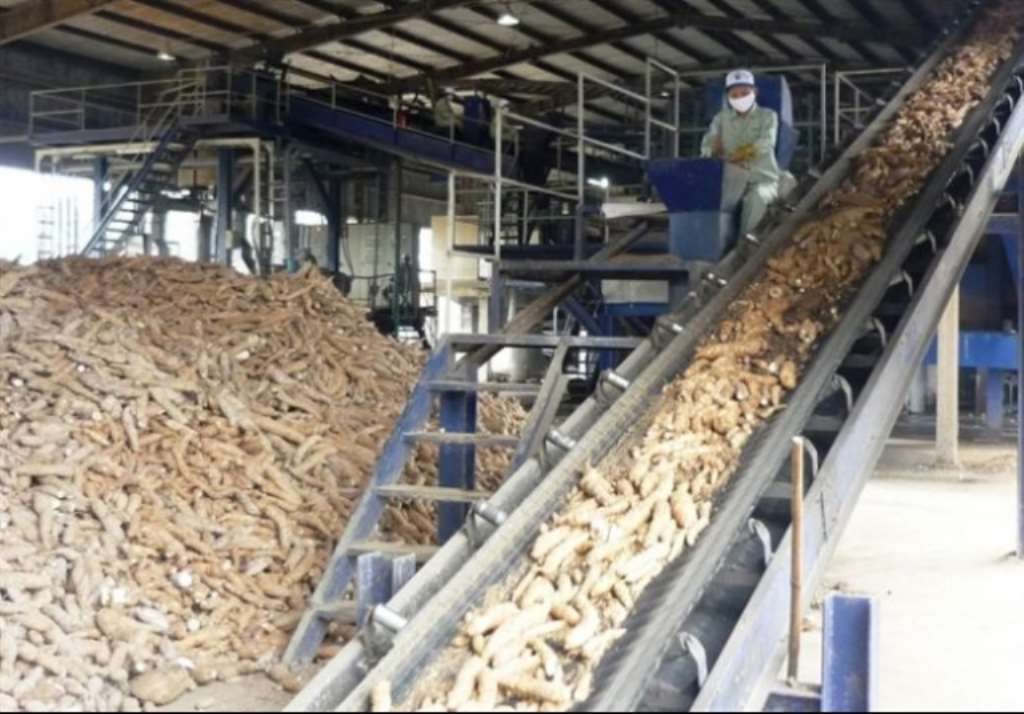 The Rivers State Governor, Chief Nyesom Wike, says seed money has been earmarked by his administration to encourage massive cultivation of cassava across the state.

Wike made the promise at the inauguration of the Rivers State Cassava Processing Plant at Afam Town in Oyigbo Local Government Area of the state, last Thursday.

The governor stated the willingness of his administration to encourage proper cultivation of the vast fallow land available in all local government areas of the state to ensure that the processing plant does not lack raw materials.

He said the seed money would not be administered like previous grants offered by the state government, but will be given to genuine farmers after being verified and encouraged to increase production volume of cassava in the state.

“The other day, I went to see one of my friends. I went to his farm of over 56 hectare of land. He’s trying to cultivate cassava and I was very impressed.

“And I told him, that government will identify and verify those genuinely involved and are registered as cassava producers. Apply to us that you want to farm one hectare of land for only cassava.

“Government will give them seed money to continue farming cassava so that there will be no problem of cassava supply to this plant.”

Wike explained that it is no more fashionable for youths and leaders of local government councils to be content raising revenues from stickers.

He urged them to avail themselves of opportunities offered by the cassava processing plant.

He solicited for more loan from the Central Bank of Nigeria (CBN) to consolidate the visible gain that has been made already in boosting agriculture in the state.

The governor assured that any of such loans from the banks will be paid off before he leaves office as he has already made a commitment not to leave any burden for his successor.

Wike commended Shell Petroleum and Development Company (SPDC) and the Dutch Government for their courage to partner with the state government to actualise the project, and assured that the company would be allowed to operate as a profit-making private venture.

“So, government will make sure that we do not own more than 10 per cent of equity shares. This will enable the company to run profitably, make revenue, pay taxes and create employment.”

Inaugurating the facility, the Minister of Agriculture and Rural Development, Alhaji Mohammed Sabo Nanono, said the plant has become a direct respond to addressing the challenges of food security in Nigeria.

He said his ministry continues to engage bakers on the need to embrace import substitution of wheat and flour by incorporating 10 per cent of cassava flour in their baking activities and the Rivers State Cassava Processing Plant was now available to satisfy that need.

“On behalf of over 15,000 registered farmers in this state and others in neighbouring states, I thank you for this project. Rivers State Government has become pacesetter in this collective efforts of making agriculture work in Nigeria.

“I wish to announce my support by giving cassava farmers with high quality 10,000 stems of cassava cuttings from the National Root Crops Research Institute, and will be delivered to the governor as soon as position.”

In his speech, Governor of Central Bank of Nigeria (CBN), Godwin Emefiele, said most manufacturing companies today that import either glucose, starch or any other cassava byproducts would be happy to source their demands from this new plant.

With this efforts, Emefiele noted that what was a mere potentials have become a reality towards developing cassava into various byproducts that are needed for the industrial development of Nigeria.

The CBN governor explained that companies like Nestle that import starch and glucose should now begin to procure these raw materials from Nigeria to enable the country save foreign exchange.

Speaking on behalf of the Country Chair of Shell Companies in Nigeria, Osagie Okumbor, the General Manager, External Relations, Shell Nigeria, Igo Weli, said experts have said that the local value-addition to cassava via local manufacturing and processing could potentially unlock about $16million in taxes to the government.

“With the Rivers Cassava Processing Company Limited, Shell hopes to support the Rivers people to earn much more revenue from the cassava value chain as the company utilises leading technology to process and create more added value from this crop.

“Today, we have the Rivers Cassava Processing Company Limited that will process cassava into High Quality Cassava Flour via a unique split processing technology based on the operating principle of taking the factory to the farm gates rather than having the farmer bring the cassava tubers to the factory gate.”