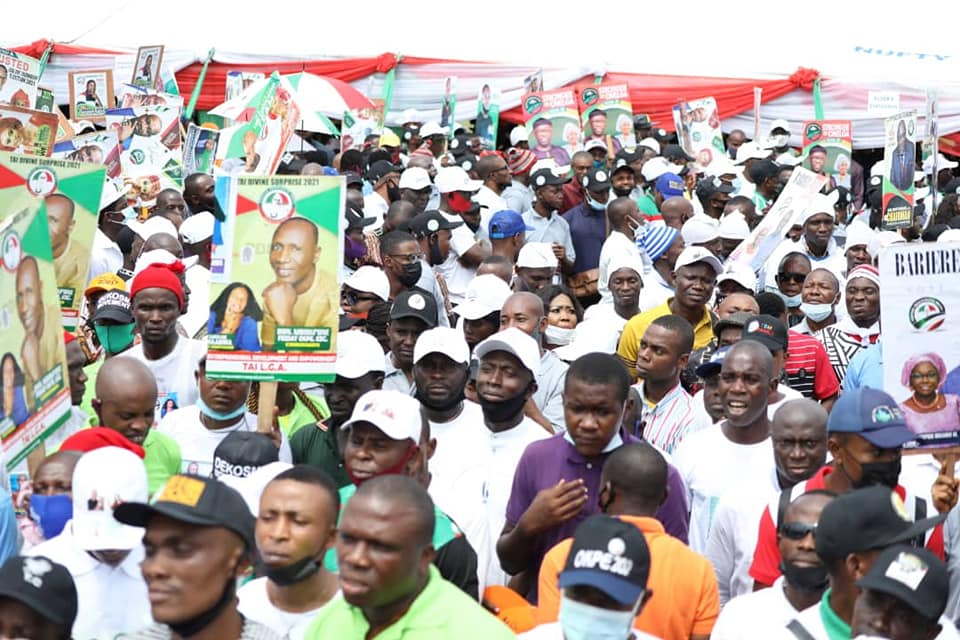 The Independent Electoral Commission (INEC) has proposed the creation of additional 2,424 polling units in Rivers State.
INEC’s Resident Electoral Commissioner in Rivers State, Obo Effanga, stated this during an interactive session with journalists in Port Harcourt on Wednesday.
He said that at least 2,424 voting points in Rivers State are likely to be converted to full-fledged polling units, noting that the state currently has 4,442 polling units across the 23 local government areas.
If the proposal is ratified by the commission, the number of polling units in Rivers State will increase to 6,866”, he said.
He noted that the commission believes the new number of polling units when verified at the end of the fieldwork which started on April 22, will adequately “serve the 3, 215, 273 registered voters in the state.”
Stating the criteria for the expansion, Effanga said already established voting points with a lower threshold of 500 and upper threshold of 750 registered voters are qualified to be converted to polling units.
He added that the electoral umpire will not site polling units in private compounds, royal palaces, residences of government officials, political party buildings, places designated for religious worship, or any building into which a voter may under any circumstance be denied access and buildings or facilities that are in dispute.
According to him, the commission will relocate any existing polling unit that is sited in a place that does not meet the standards in the commission’s guidelines.
Effanga called for the support of all stakeholders in mobilising for the Continuous Voter Registration exercise which he says will begin on June 28 across the country.