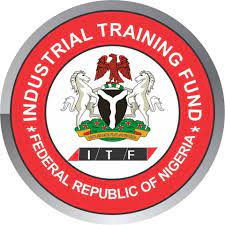 The Industrial Training Fund (ITF) has called on States, local governments, Non-Governmental Organisations and faith-based organisations to collaborate with it in efforts to equip Nigerians with life skills.
Director-General (DG),  Mr Joseph Ari, of the agency made the call during the closing ceremony of the 2020 National Skills Development Programme (NISDP) for 105 graduands in Anambra in Awka, yesterday.
Ari, represented by Director of Finance, ITF headquarters, Jos, Mr Stephen Ivarave, said equipping Nigerians with skills remained sure way to end unemployment and check rising cases of banditry, kidnapping and insecurity in the country.
The D-G said that the agency had equipped no fewer than 200,000 Nigerians with various skills since its inception.
“Out of this 200,000 Nigerians, 3,530 were people from Anambra who got employability and entrepreneurship skills,” he said.
Ari said that 5,200 Nigerian youths benefited from the 2020 programme which began in the last quarter of 2020.
He said that the agency had declared this year as ‘Year of Skills Escalation for Prosperity’, saying ITF has earmarked more than 11 skills for implementation.
“Yet again in Anambra State, 105 persons will be equipped in advanced computer networking, plumbing and ladies wig cap making for the year 2021,” he said.
The ITF boss noted that President Muhammadu Buhari’s administration had made tremendous efforts to create jobs and reduce poverty.
“It is apparent that the Federal Government has done remarkably well in reducing poverty and creating jobs and should be applauded even with slight setback caused by Coronavirus pandemic,” he said.
Area Manager, ITF,  Awka Area Office, Mrs Nancy Ekong, said that 105 citizens of Anambra graduated from the 2020 NISDP Programme.
The 105 trainees were trained in three trade areas namely: ICT programme and web design, cosmetology and fashion as well as garment making.
She said that each of the 105 trained persons would go home with starter pack and urged them to make good use of the opportunity to fight poverty and unemployment.
The State Commissioner for Youth Empowerment and Creative Economy, Prof. Theresa Obiekezie, who represented the state governor, advised the beneficiaries to use the skills to create jobs.
Obiekezie warned the beneficiaries against selling their starter packs, saying “anyone who sells the pack given to him or her will have the father’s land sold by government.”
She urged the beneficiaries to put the training into use as that was the sure way to grow the state’s economy.
Beneficiaries, Ngozi Okafor and Patience Onukafor, on behalf of others, thanked the Federal Government for the initiative and promised that they would make good use of the skills to create jobs.