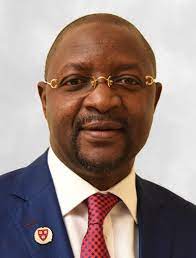 Minister of Sports and Youths Development, Sunday Dare, yesterday disclosed that the National Stadium, Surulere, Lagos will be ready for use in August, after 19 years of abandonment.
The minister who disclosed this yesterday, when he paid a courtesy call on the Ogun State Governor, Dapo Abiodun, in Abeokuta, said the stadium was rehabilitated through the adopt-a-stadium initiative by his ministry.
He explained that the National Stadium, Lagos, which was built in 1973 fell into state of disrepair almost 20 years ago due to neglect and total abandonment by successive administrations in the country.
The minister, however, said his ministry’s initiative of partnering private individuals in the country to adopt a stadium for rehabilitation, had helped in rebuilding the MKO Abiola International Stadium, Abuja and the National Stadium, Lagos.
According to him, an industrialist, Aliko Dangote had been approached to adopt the Abuja Stadium, disclosing the stadium had been fitted with a new football pitch, world class tartan tracks and latest version of scoreboard.
On the National Stadium, Lagos, Dare disclosed that a business mogul, Kessington Adebutu adopted it, noting rehabilitation work at the stadium had reached 75 percent.
The minister, therefore, called on Governor Abiodun to key into a adopt-an-athlete initiative of his ministry, to nurture, develop and encourage Nigerian athletes wherever they are in the world.
Dare, who informed the governor that he was in the state for the final of the Super Six Female Soccer Tournament in Ijebu Ode, however, urged the governor to adopt an indigene of the state, Tobi Amusan, a 24 year old 100 metre hurdle athlete.
He hinted that the Ijebu Ode born but Texas, USA based hurdle star was one of medal hopeful of the country at the Tokyo Olympics.
“One of the first things I did when I became the Minister was to initiate adopt-a-stadium and adopt-an-athlete to bridge the infrastructural deficit in our major stadia, and to help and nurture Nigerian sports talents. When I approached Alhaji Aliko Dangote with this idea, he agreed and adopted the MKO International Stadium, Abuja. That stadium is being rebuilt and fitted with world standard football pitch, tartan tracks and latest scoreboard.
“As for the Stadium in Surulere, Lagos, another business mogul, Chief Kessington Adebutu, has adopted it. Work is about 75 percent done and that stadium will be opened for use again by August, after 19 solid years”.
“Your Excellency, there is an indigene of your state, Tobi Amusan, who is doing well in 100 metre hurdle. In fact, she is one of our medal hopeful at the forthcoming Tokyo Olympics, not only in hurdle but in relay event as well. Therefore, I want to request that you adopt her in line with our initiative. For a Nigerian based athlete that is adopted, a sum of $10,000 will provided for him or her directly, while $20,000 is provided in a similar manner, to any adopted foreign based athlete. This is to nurture, encourage and develop them to compete and win laurels for the country at global stage”. The minister stated.
He further commended the Ogun state governor for his administration’s youth empowerment programmes, particularly in the areas of ICT and agribusiness.
Responding, Abiodun who said youths empowerment and job creation was one of the five cardinal pillars of his administration, disclosed that the ICT TechHub was deliberately conceptualised to convert youths of the state from ‘Yahoo-Yahoo’ to more profitable ICT ventures.
While commending the Minister for his ministry’s initiative on rehabilitation the country stadia and nurturing sports talents, the governor, announced the immediate adoption of Tobi Amusan.
He also urged the him to help Ogun identify her sports talents, expressing his administration’s readiness to help them nurture their skills in order to make them world champions.