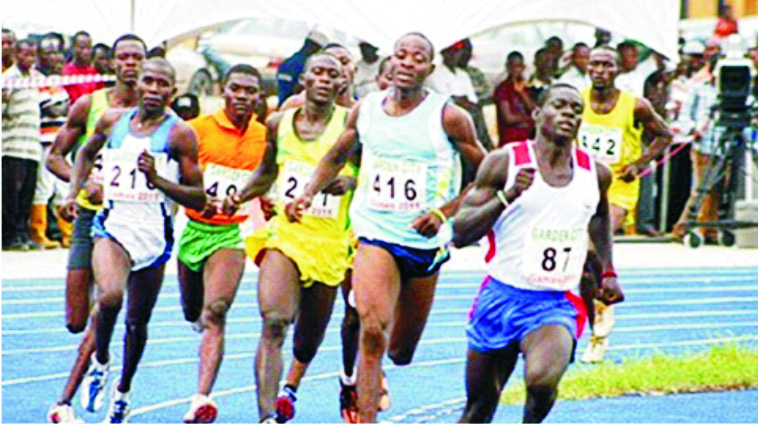 The decision by the Main Organising Committee (MOC) as well as the Local Organising Committee (LOC) to allow an eight-month pregnant woman, Aminat Idrees, to compete in the taekwondo event at the ongoing Edo 2020 National Sports Festival in Benin City has sparked angry reactions from across the country.
Idrees defied the odds to win a gold medal at the sports festival on Tuesday, a few hours before the Games were officially declared open.
The eight-month pregnant Idrees, who fought in the mixed poomsae category, surprised fans at the taekwondo hall with her aggression and agility despite her heavy state. Her feat was Team Lagos’ first gold at Edo 2020.
Some Nigerians, who expressed their anger yesterday over Aminat Idrees participation at the Games lambasted the MOC, LOC and Lagos Sports Commission for ‘failing’ to apply simple principles of efficient sports administration and management.
“This has clearly shown that the current Permanent Secretary (an engineer) and Chairman of the MOC, is a complete stranger to sporting environment,” one angry sports analyst said on a radio programme monitored in Lagos yesterday. “Putting an eight-month pregnant woman into competition is professionally unacceptable.”
Another sports analyst said: “I blame both the MOC and the LOC for this shameful act that happened at the sports festival in Benin City. Officials of Lagos Sports Commission should be also punished for allowing an eight-month pregnant woman to compete. Whether it was a demonstration event or medal winning sports, it was totally wrong. They did not only put the life of both mother and child at risk, but also put the name of our country to shame. No one can explain this. The MOC chairman has demonstrated that he is a novice. My major concern is that this same man will lead Team Nigeria to the Olympics Games in Tokyo.”
No official of the MOC was ready to speak on the issue yesterday.