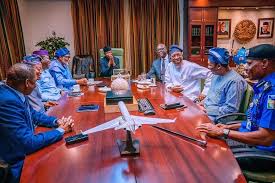 The Federal Government has assured the people of the South-East geopolitical zone that the construction of the second Niger Bridge will be completed in 2022.

The Minister of Science and Technology, Dr Ogbonnaya Onu, stated this, yesterday, when he received the people of Isu-Okoma of Onicha Local Government Area of Anambra State in his hometown of Uburu in Ohaozara LGA of the state.

Onu, who stated that the Federal Government has done allot in terms of infrastructure and construction of roads within region, noted that President Muhammadu Buhari was on course in fulfilling the promises he made to the South-East region of the country.

“Nigerians should continue to support the administration of President Muhammadu Buhari, this is very important because all the promises he made to the people of the South-East, he is fulfilling them.

“If you go to the second Niger Bridge in Onitsha, you will be amazed at the level of work that is taking place. This is a project that no one by next year will think will be completed. But by next year, by the grace of the Almighty God that project will be delivered.

“Also, the Enugu-Onitsha Road, Enugu-Port Harcourt Road, you know that in the past part of these roads which are very important roads for the South-East were converted into farmlands.

“But today, work is going on and work will continue to go on until the projects are delivered. There so many other projects. So, that is why it is important that the South-East of Nigeria will continue to support this administration.”

Earlier, the President General, Town Union of Isu-Okoma, who thanked the Minister of Science and Technology for the Federal Government projects, he has attracted to Onicha LGA, called on him to use his office to ensure that work commences at the Federal Technical College of Education’s site as the people of Onicha were eagerly waiting it’s commencement in no distant time.

“We want to also request more employment opportunities for Isu graduates. Before now, Isu-Okoma has no road linking to another community, before now there was no federal establishment in any part of Isu-Okoma but the minister has made all these things possible.”

NDDC: Buhari Should Inaugurate Board To Douse Tension In N’Delta, Group Urges