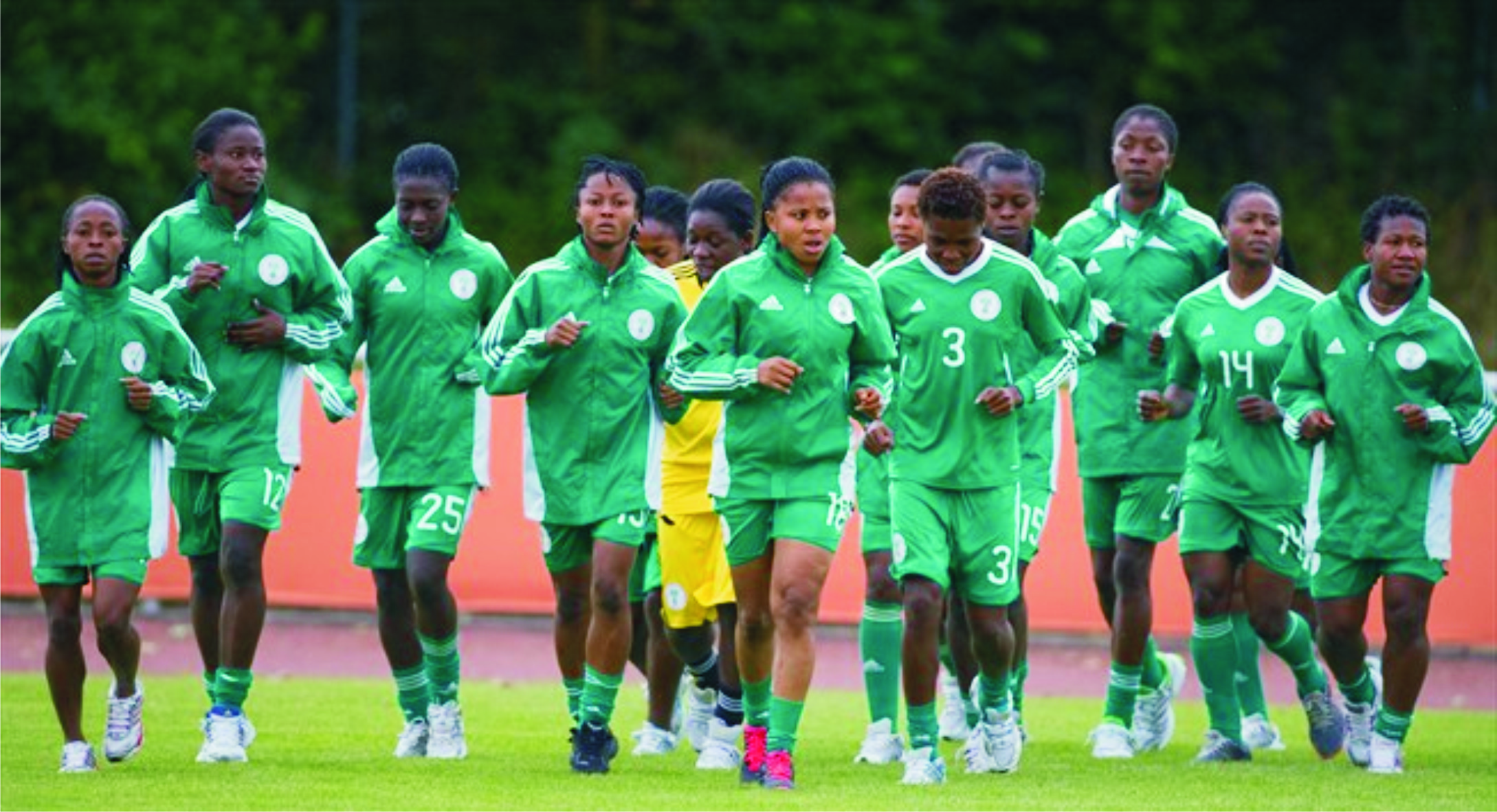 The board of the Nigeria Women Football League headed by Aisha Falode and the representatives of the 14 NWFL Premiership clubs, Monday, in a virtual meeting agreed that, the top six teams at the end of the First Round of the ongoing 2020/2021 League season on April 7, 2021, will play in a Super Six Series to determine the season’s League Champions.
While the bottom eight clubs at the end of the same period would battle for survival in a play-off, with the last two teams at the end of the series, relegated.
This was carried in a statement by the Nigeria Women Football League Media and made available to Tide sports on Monday.
According to the statement,  Chairperson of the NWFL, Aisha Falode, said at the end of Monday’s Virtual meeting to review the activities of the 2020/2021 NWFL Premiership season for the second stanza, that; “While the full season will end after the last game on Wednesday, 7th July 2021, the qualifiers for the much anticipated CAF Champions League holds in May.
“If the NWFL Premiership season should continue until July 7, Nigerian clubs will be ruled out of the West African Football Union (WAFU) qualifiers for the CAF Women Champions League, which has been slated to hold in May. And it will be counterproductive if we continue the league and miss out of the CAF Women Champions League which Nigerian clubs are working very hard to win the inaugural edition.
“So, the NWFL board agreed with all the NWFL Premiership clubs to allow the top six clubs at the end of the First Round on April 7, to play for the title in a Super Six championship, whose date and venue will be communicated to the qualified clubs. While the bottom eight clubs will engage in a play off to determine the two teams that will be relegated.”
Falode, noted that to reach these decisions, the NWFL board got the consent of the 14 clubs in the NWFL Premiership. She expressed her delight on the cooperation and understanding showed by the clubs.
Bayelsa Queens, Delta Queens, Rivers Angels, Edo Queens, FC Robo and Confluence Queens are the league’s current top six clubs after 12 match days.
While Sunshine Queens, Nasarawa Amazons, Osun Babes FC, Royal Queens FC, Abia Angels FC, Pelican Stars FC, Ibom Angels FC, Dream Stars FC are the last eight clubs.