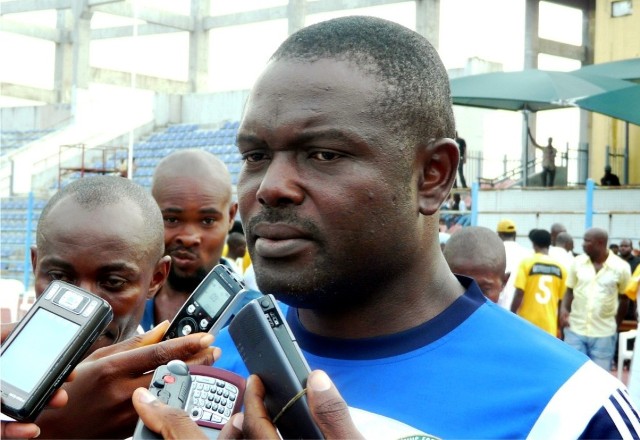 The technical manager of Rivers United FC club of Port Harcourt, Stanley Eguma, has praised his players after their 1-0 victory against Sunshine Stars of Akure,, in the Nigeria Professional Football League (NPFL).
Eguma, commended the good performance of his boys on Sunday, in a post match interview with sports journalists, after they won their opponents on match day 18 of NPFL at the Adokiye Amiesimaka stadium, Port Harcourt.
The pride of Rivers, head coach described the match as very difficult, considering the fact that Sunshine Stars have been an age long rivals to Rivers United.
“It was a very tough game.
I know Sunshine Stars were a good side in the NPFL with an experienced coach.
We thank God that we were able to cart away the maximum three points which is the most important thing here,” Eguma said.
Also speaking, the Chief Coach of Sunshine Stars, Gbenga  Ogunbote, attributed the loss to poor management of his club.
”The management of the club needs to act fast from total collapse of the team,” Ogunbote disclosed.
The only goal of the match came in the 32nd minute, in the first by Godwin Aguda, who was also voted man of the match.