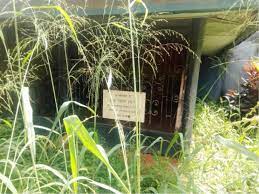 The family of the great African boxer, Late Richard Ihetu, famously known as Dick Tiger, on Thursday said they were upgrading his tomb to a mausoleum to meet international tourism standards.
Dick Tiger, who held the World Middleweight and World Light Heavyweight Championship titles in the late 1960s, died on December 14, 1971 at age 41 from liver cancer.
Dick Tiger, who hailed from Amaigbo, Nwangele Local Government Area of Imo, fought in 81 professional boxing matches, winning 61 with 26 knockouts, drew three, but lost 17.
Mr Richard Ihetu Jnr., the first son of the boxer, told The Tide source in Aba yesterday that the arrangement would coincide with the late boxer’s 50th death anniversary.
“Concerning the tomb, something is on the pipeline for my father’s 50th death anniversary.
“I am upgrading his tomb to a mausoleum and after the renovation some of his boxing photographs would be used to decorate the mausoleum.
“During December and Easter periods, although it is not yet developed into an international tourist centre, people out of curiosity, always come there to ask for Dick Tiger’s tomb.
“Some persons land in Amaigbo and the next thing they do is to ask to see the tomb of Dick Tiger.
“I am already working on it and soon the place will be a centre that people will appreciate. I am financing it personally because I hate bureaucracy,” he said.
Ihetu Jnr said his father, although an Imo son, loved, invested and lived in Aba with his family for most of his life.
He, however, expressed regret that though his father brought honour to Aba, Aba, the city he lived in and Abia, the state, had not honoured him and his memory.
“This place is like his taproot because he learnt everything he knew here.
“From Aba, they picked him to Calabar and from Calabar to Lagos and other places and everything he had as property are in Aba.
“What he did is after every assignment, he would return to meet his family here because of the love Aba people had for him, I don’t think he ever thought of even leaving this city,” he said.
Ihetu Jnr said Aba had some great men like his father, Nnanna Kalu, Ugorji Eke, the Ekennas and the Anyaehies in the sixties, but expressed regret that poor infrastructure pushed many notable residents away.
He said the boxing competition, which Michael Okpala (Power Mike) instituted in the honour of his father, stopped because of lack of funding, but said willing sponsors could revive it.
Ihetu Jnr said that in spite of the honour his father brought to Nigeria, his countrymen appeared not to remember him, but appreciate foreigners.