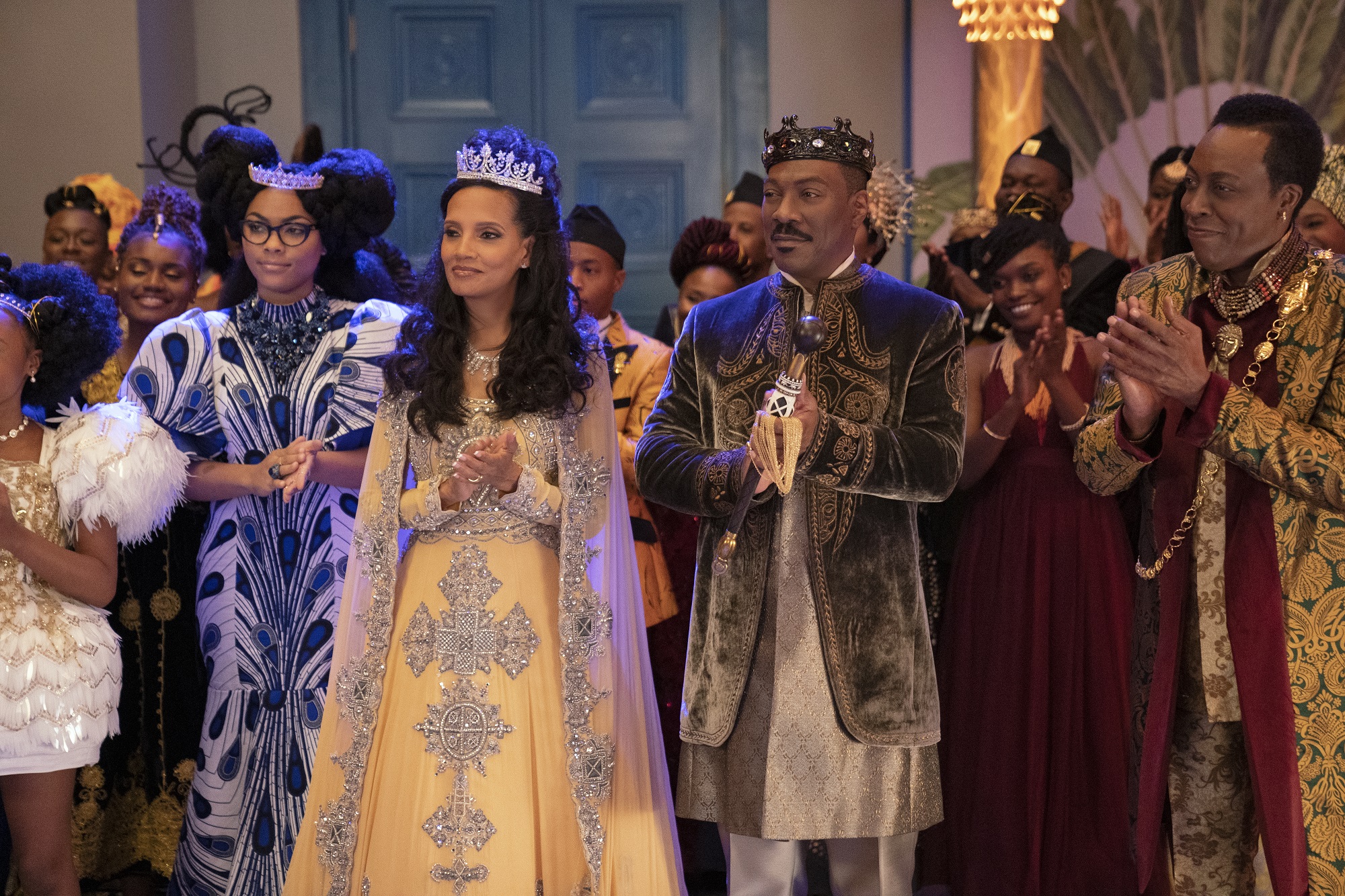 Coming to America 2 film producers have disclosed the location where the movie was shot. The movie has been getting so much buzz and aside from the celebrities featured in the film, the Zamudan Palace has been the point of amusement for most people, it is now confirmed that while Zamuda is a fictional place, the location of the shooting is actually hip hop rapper, Rick Ross’s actual home in Georgia, Atlanta.
There were people who thought that the movie” was actually shot and filmed somewhere in Africa, the production settled in the Rapper’s gigantic beautiful home with good green scenery, it has 12 bedrooms and a dining room that can accommodate up to 100 people.
However, before the production team settled for the music star’s estate, they looked at various houses within the US but, nothing was matching their desired description until they saw the rapper’s home.
The home is said to be a 45000 square feet mansion that occupies 235 acres of land, it previously belonged to a top notch boxer. According to the production designer, the entrance foyer of the house has a big two storey interior and double winding staircase and was actually the money bag’s hit maker’s own bedroom.
Rick Ross has however said that the popular film is one of his favourite, adding that the initial one made in 1988 was his all time best film. He also shared how thrilled he was to see veteran actors like Eddie Murphy and Arsenio Hall coming to his home to shoot their film.
The production team used what they could find in the huge home to create a palace- like environment and it worked because the film was not only getting props for their set, but also recognitions for managing to create the story again after more than 30 years since the first release.
Meanwhile, popular Nigerian music star, David Adeleke also known as Davido is obviously not resting in his oars when it comes to representing the country on the world stage, going by his venture into Hollywood.
In a recent interview with Conwanatack Pod, Davido spoke on how he got called to perform in Coming to America 2. He said he was in his hotel room when he got the email, he said he initially thought it was a scam email until he saw the cheque the next day. In the movie, Davido was spotted singing his popular song ‘Assurance’, as a young man and woman walked hand in hand to the admiration of their guests.
The ‘Risky’ crooner also spoke on acting in another Hollywood movie, from makers of the popular 2006 film, ‘Blood Diamond’ where he is playing the role of a Taxi Driver. According to Davido, he is trying to take himself out of his comfort zone.