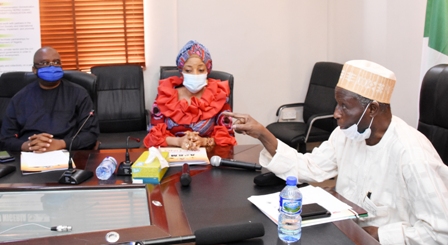 A marine security expert, Mr Michael Etuk, has blamed the rising spate of insecurity along the nation’s maritime environment on the absence of a private maritime security guild.
Etuk, who is the commander of Ideal Marine Advance Guild, told The Tide in an interview in Port Harcourt that private security outfits were needed to stem the rising tide of criminality on the waterways.
He said only private security guilds could confront sea pirates as the pirates normally operated in smaller creeks with voodoo power.
“These people do not operate with ordinary hands. You need private security guild who can confront them in the creeks which is their hide out”.
He said, his outfit, Ideal Marine Advance Guild, was hired by the Degema Local Government Chairman, Dr Tony Philmone, to check pirate activities along the Degema waterways, adding that the effort led to the arrest of several sea pirates on the Degema waterways
Etuk said similar attempts were also made at Ikot-Abasi in Akwa-Ibom State, adding these efforts can be replicated across the state and the country at large.
He said, Ideal Marine Advance Guild, can complement the effort of the security agencies along the waterways to check insecurity, if given support.
“We can stop insecurity on the sea. We can go into the hideout of the criminals to fish them out. We can track the locations of kidnappers, if given support by both states and local government councils,” he said.